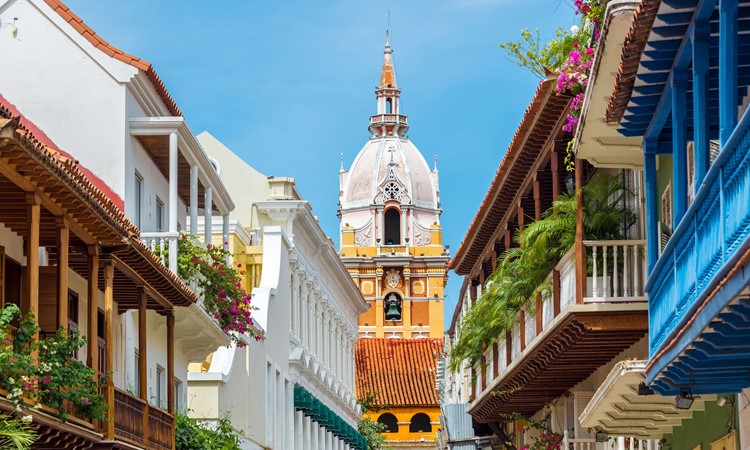 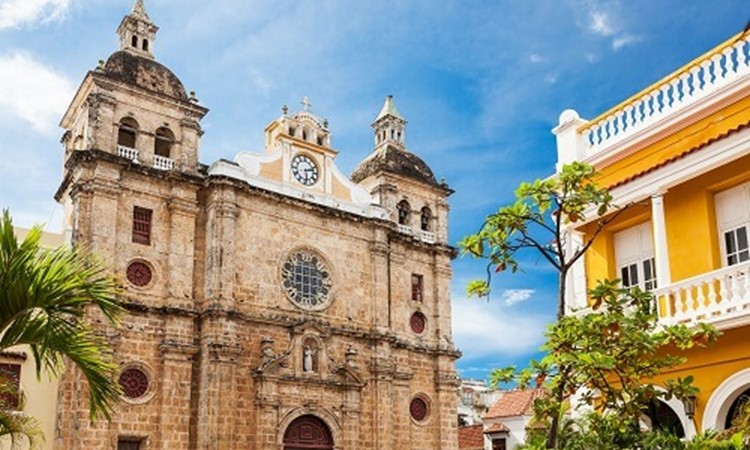 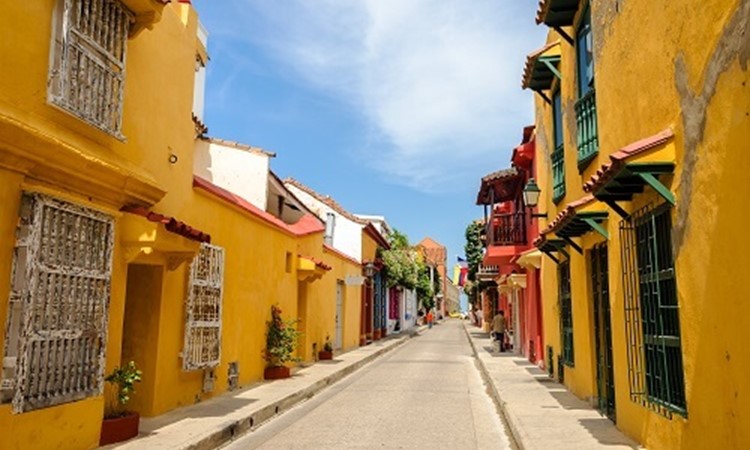 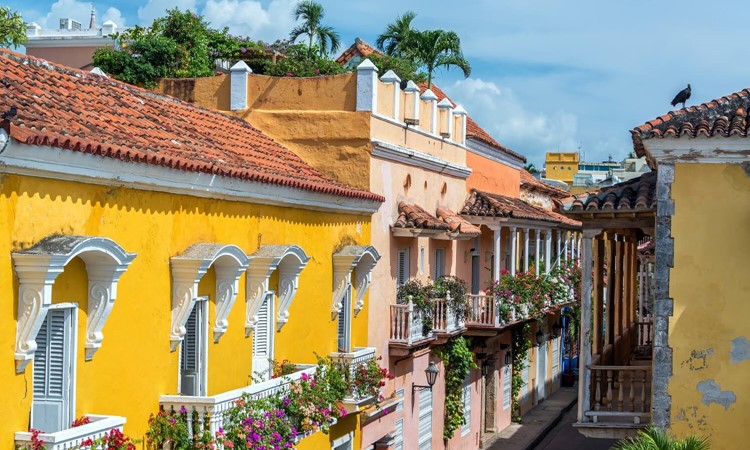 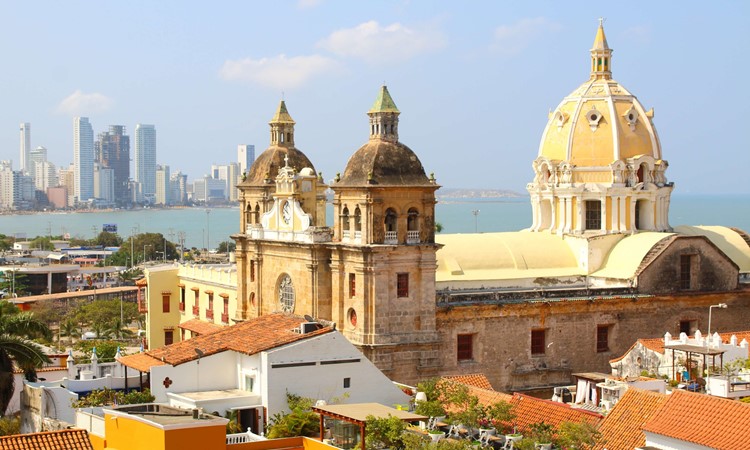 Cartagena and Caribbean Coast, Colombia travel itineraries, things to do and places to stay.

A fairy-tale walled city of romance and sheer beauty, Cartegena is studded with spectacular architecture, cobbled streets, bastions, and leafy plazas, making it one of the hottest spots on the coast.

Its strategic location made it a logical choice to use as a port of embarkation for the treasures of the Spanish Crown. Once it was established by the Spanish in 1533, the city rapidly gained affluence and as it blossomed, it attracted the attention of buccaneers who were interested in the treasures stored there, waiting to be shipped back to Europe.

After five major sieges in the 16th century, including an attack by Sir Francis Drake, Cartegena upped its security by building a number of strongholds and fortresses. The increased security lead to successful resistance against invaders and the city went from strength to strength, eventually gaining independence from the Spanish Crown.

Although the city has expanded dramatically since its heyday, the old city is virtually unchanged, making it a tantalizing place to explore, rela, and enjoy the array of lively outdoor cafés and vibrant nightlife. 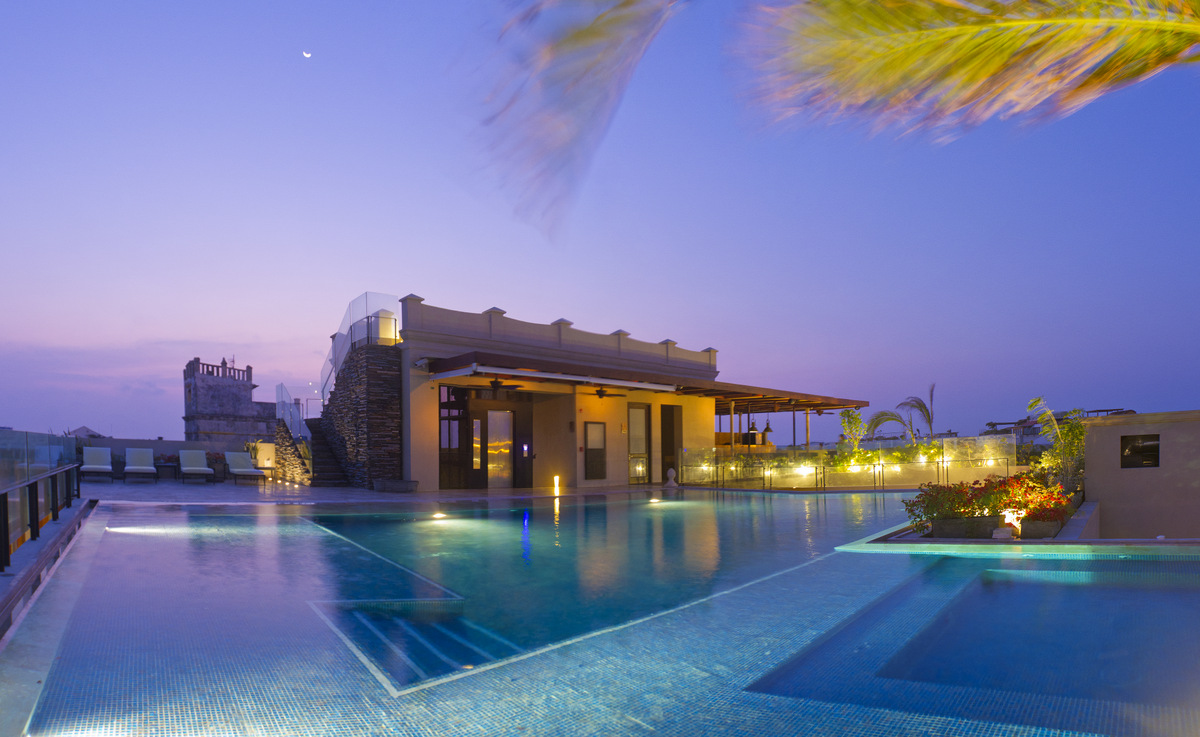 Itineraries in Cartagena and Caribbean Coast

Duration: 17 days, 16 nights
From: $6000
Colombia is a unique country in that it has abundant nature, fascinating culture in remote locations, and an up-and-coming gastronomic scene.

Duration: 14 days, 13 nights
From: $2315
We guarantee that the Colombian Intensive Tour will take you on a voyage of discovery that would be hard to match anywhere else in the world.

Duration: 11 days, 10 nights
From: $7833
A romantic 10-night itinerary especially designed for honeymooners, or any couple wishing to celebrate.

Duration: 10 days, 9 nights
From: $4375
Get a good all-around taste of Colombia: the history of Bogota, the coffee of the highlands, the salsa and cuisine of Cali, and the culture of Cartagena.

Duration: 6 days, 5 nights
From: $2247
It’s no secret that Cartagena has become one of the most coveted destinations for New Year’s. Hotels and private villas get booked up months in advance, and reservations are strictly for minimum 5/n.

Duration: 8 days, 7 nights
From: $1995
This Colombia tour combines the vibrant and cultural city life in Bogota, Medellin with Cartagena.
Places To Stay
Things To Do
Colombia
Travel Tips