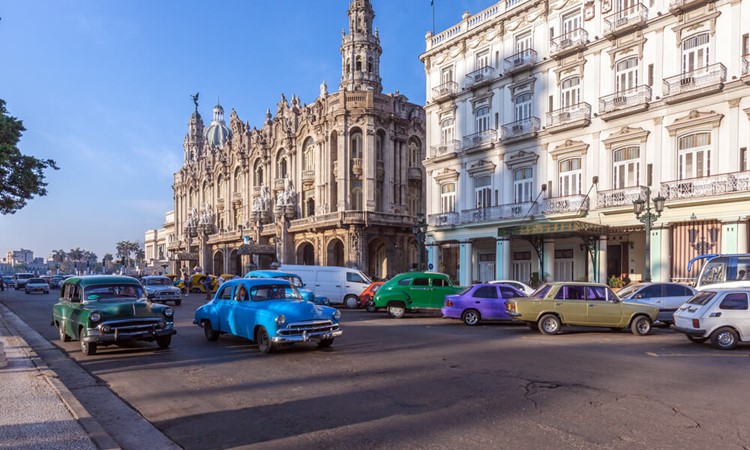 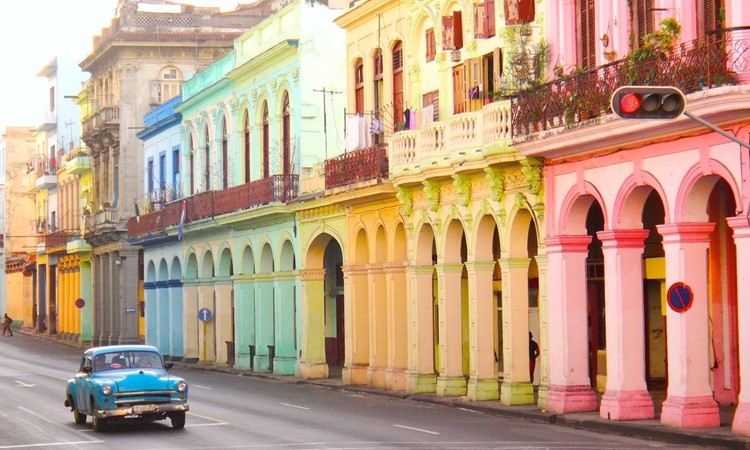 Our extensive menu of Havana tours and excursions: the history, culture, food, music and dance of this legendary city.

Panoramic Drive In A Vintage Convertible

Your tour can be tailored to take in the various highlights of Havana while being driving in a vintage American convertible. En route you´ll be able to take in the panoramic views from El Morro, the fortress at the mouth of Havana harbor, the Malecon, Prado, the impressive Bacardi building and Revolution Square.

Take a tour of the wonderful architecture of Havana from Baroque to 50's Modernism with a local architect guide.  Specific tour locations can be selected according the your preferred styles of architecture.   Duration - approximately 2 hours.

You will visit two Cuban artists in their studios. Get behind the façade and interact with this thriving community depending on your particular interest. Photography, sculpture or painting. Specify whether you would like to see well-known or up-and-coming artists.  Afterward you will visit the Museo de Bellas Artes.

Havana Mafia Tour - The Gangsters' Paradise Of The 50'S

Since the 1930's Havana was replete with mobsters. Meyer Lansky, Lucky Luciano, Al Capone to name but a few. This tour visits the haunts of the Mafia bosses and along the way takes in the panoramic views of the city and some of the best architecture of this period.

Gertrude Stein, the celebrated American writer, once said that Ernest Hemingway had a good nose for finding good places to live and eat. She wasn’t wrong at all, as Hemingway’s villa on the outskirts of Havana proves.

Located on a hill and surrounded by lush tropical vegetation and a magnificent view of the city in the distance, the house was visited by numerous renowned celebrities during the 1940s and ´50s. Today it is exactly as Hemingway left it in 1960, with hundreds of personal belongings, large swimming pool, the Wheeler boat he used for fishing, the three-story tower with its spectacular views and much more.

Your expert guide, a retired professor of English literature at the University of Havana, will show you around and share with you interesting insights into the life of Hemingway and that period in Cuban history.

On the way back to town, your guide will bring you to see the Cojimar fishing village: a small picturesque town that inspired Hemingway to write the novel 'The Old Man and the Sea', and whose fishermen he dedicated his Nobel Prize to.

As you finish the tour you will have an opportunity to see some of the most spectacular views of the city from the El Morro fort across the harbor from Havana. This tour takes approximately 4 hours and is done in a convertible classic American car from the 1950's.

Discover Cuba’s revolutionary history through some of the capital’s most historical sites. Starting with a panoramic trip along the Malecón where you will see the monuments of some of Cuba's Independence War heroes, discover how the story then brought the country to the revolution lead by Fidel Castro.

Visit the Revolution Museum, which was once the luxurious Presidential Palace of all Cuban presidents from Mario García Menocal to Fulgencio Batista. Stop by the Hotel Sevilla in Old Havana to see and learn about the most famous mob men in Cuba who had Havana under control until 1959.

Visit what most non-Cubans will never get to know - a “bodega”, one of the governmental markets used for the distribution of rationed low priced food products to the Cuban people and see the price differences by visiting a fresh food product market (Mercado Agropecuario).

Finish the tour with some city sightseeing at Revolution Square, symbol of the Cuban socialist revolution.

A meeting place where the best of the island's avant-garde arts can be enjoyed with all the artistic manifestations under the same roof and with prices making it accessible to the majority of Cubans, this is a place where everyone is an artist.

Admire the skill with which the experts hand-roll the world-famous Montecristo and Cohiba cigars at one of Havana’s oldest factories. This is a not a private tour and clients will join groups which set off approximately every 15 minutes with a guide from the cigar factory. The tour lasts approximately 30 minutes.

A one-hour cooking lesson with a Cuban chef will give you a opportunity to see how to cook with traditional Cuban ingredients and afterwards enjoy the food you've helped to prepare.

This tour begins with a theoretical and practical lesson delivered by a dancer, professor and leader of a Rumba Dance project, with more than 20 years of being related to this Cuban rhythm and holding and keeping alive the heritage of one of the most emblematic Cuban Rumba projects,

Yoruba Andabo. The lesson takes place in a family home - an apartment and part of a typical multi-family building in Habana Vieja. From there the tour moves into a special venue at Centro Habana, the Callejon de Hamel, where a social-community project is developed, highly related to the Cuban culture.

There, you will have the chance to interact with locals and experience a very spontaneous fest with Afro-Cuban rhythms and the Rumba played by Cuban women (bataleras). For refreshments, you can enjoy an El Negron, the house cocktail.

The very best way to experience salsa is in a club full of locals. And to do that it's best hitting the club for the matinee - an early evening performance by a popular salsa band and its all wrapped up by 9pm. We'll arrange for salsa dancers to accompany you so you'll have professionals to show you how to strut your stuff.

You will transfer to the Viñales Valley. To the west of Havana, the rolling green hills of Pinar del Rio commence.

This is tobacco-growing country, with an old fashioned agrarian economy. Farmers trot down dusty tracks in spurs, plough the rust-red earth with oxen and sow seeds by hand. The valley of Viñales, spiked with karst limestone peaks, is a hypnotically beautiful Eden and its eponymously named little town is one of the best weekenders near Havana.

Here, a functioning private-sector tourist economy means that old-fashioned country Cuban life has been spruced up for international consumption (in a good way): the porches are recently painted, the people are cheerful, and an array of farmyard animal cluck and oink happily in backyard pens. For visitors, biking, caving and horse riding in the valley are the main events.

The nearest beach from here is little Cayo Levisa to the north. Cabanas pepper the 3km beach of powdery white sand and aquamarine waters. Snorkeling, diving, and relaxing on a beach lounger reading Hemingway while slurping mojitos are the required activities, or you can join excursions to distant, more deserted, keys. Mosquitoes can be irritating at night, but that's Cuban beach life for you.

This trek is named after the local traditions of a small number of residents that live in the Vinales Valley and believe in the healing properties of water.

The walk itself is around 4 kms long and along the way you will see the dramatic landscape of this stunning natural area declared a UNESCO World Heritage Site in 1999.

The valley was once filled with limestone karsts which have since eroded away, leaving in its place the rounded Mogote hills that have become the distinctive natural symbols of this area. The rich red earth of the Viñales countryside is also home to the local farming population who lovingly tend the surrounding landscape to grow the tobacco crops from which Cubaâs world famous cigars are made.

Your local guide will take you horse riding in the stunning Viñales Valley. With its fertile rust-red soil, layered in chartreuse green expanses of tobacco plantations and studded by precipitous limestone buttresses of rock, the Mogotes mountains, Viñales is known for its authentic Cuban rustic scenery.

Visit an organic farm belonging to a cooperative on the outskirts of Havana. Here you'll learn about farming pigs, alpine goats, rabbits, and poultry. A wide assortment of fruits and vegetables are also grown. 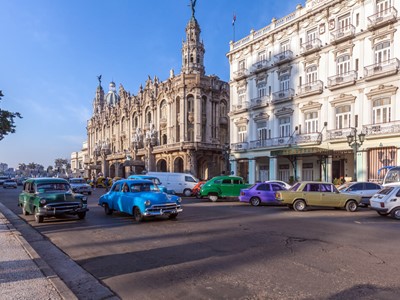 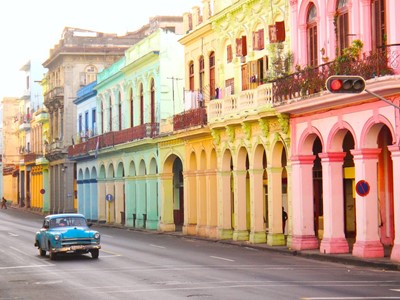