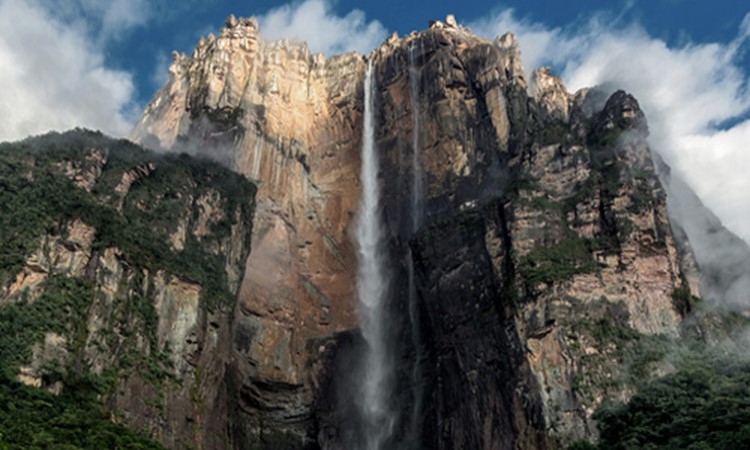 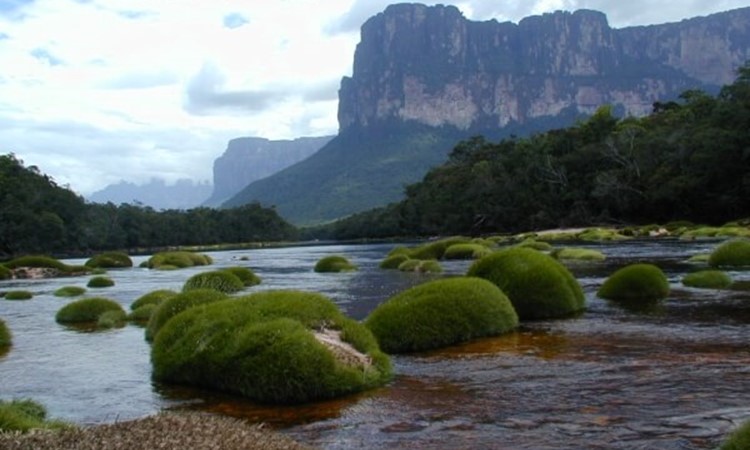 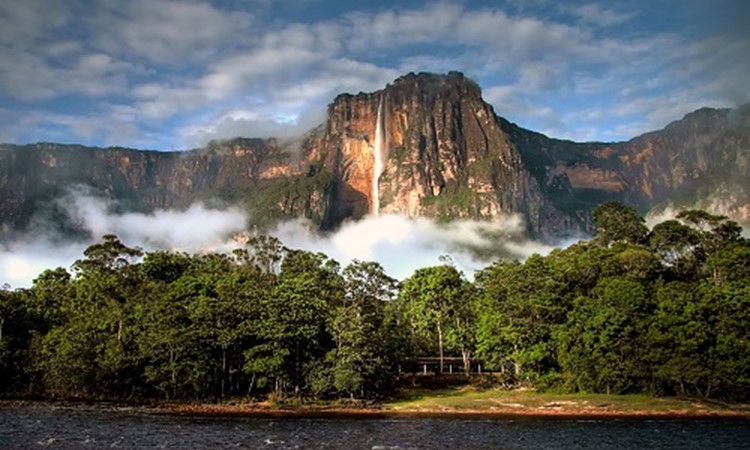 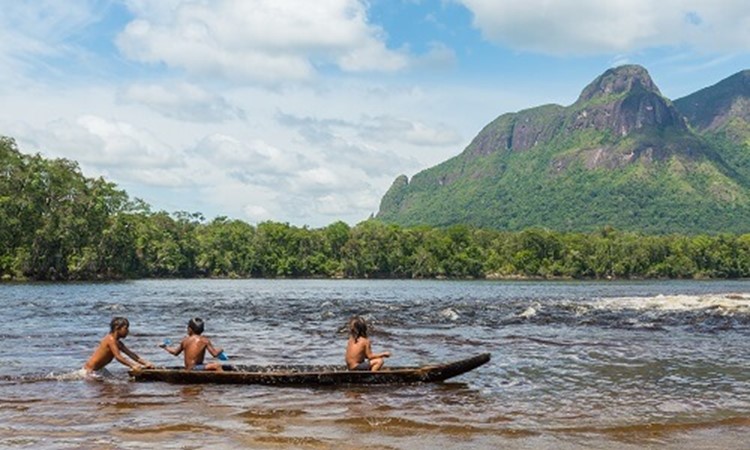 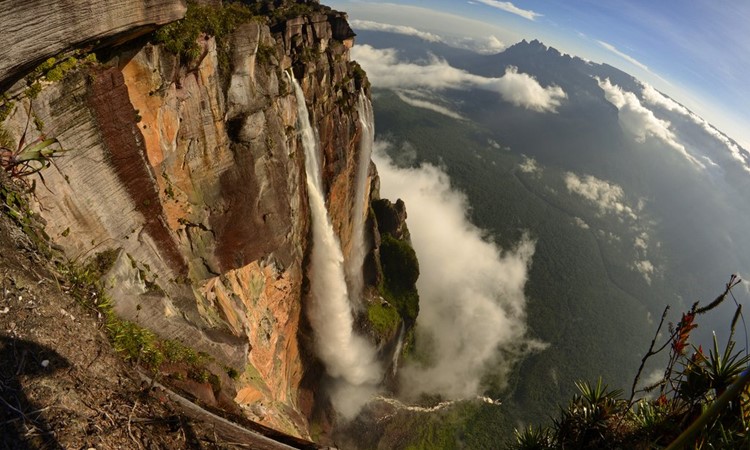 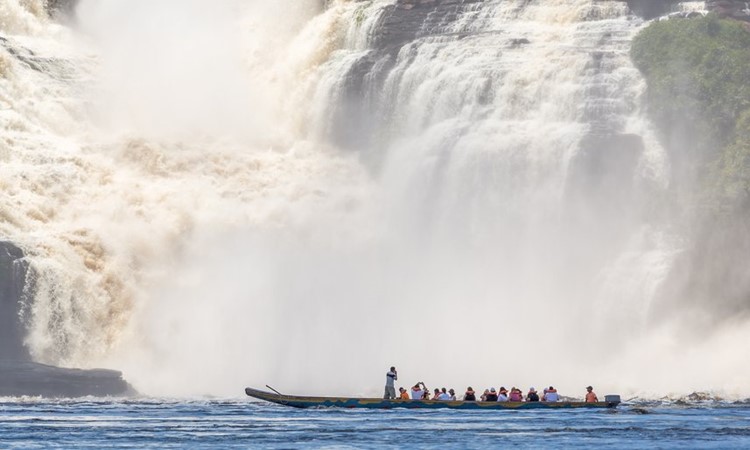 Canaima National Park, the second largest park in Venezuela at over 12,000 square miles, is the size of the U.S. state Maryland.

The park is well known for the plateaus of rock called tepuis, which are millions of years old, with vertical walls and almost flat tops. These constitute a unique biological environment and are also of great geological interest. Their sheer cliffs and waterfalls (including Angel Falls, which is the highest waterfall in the world, at 1,002 m (3,287 ft)) create spectacular landscapes.

The most famous tepuis in the park are Mount Roraima, the tallest and easiest to climb, and Auyantepui, the site of Angel Falls. The tepuis are sandstone and date back to a time when South America and Africa were part of a super-continent. 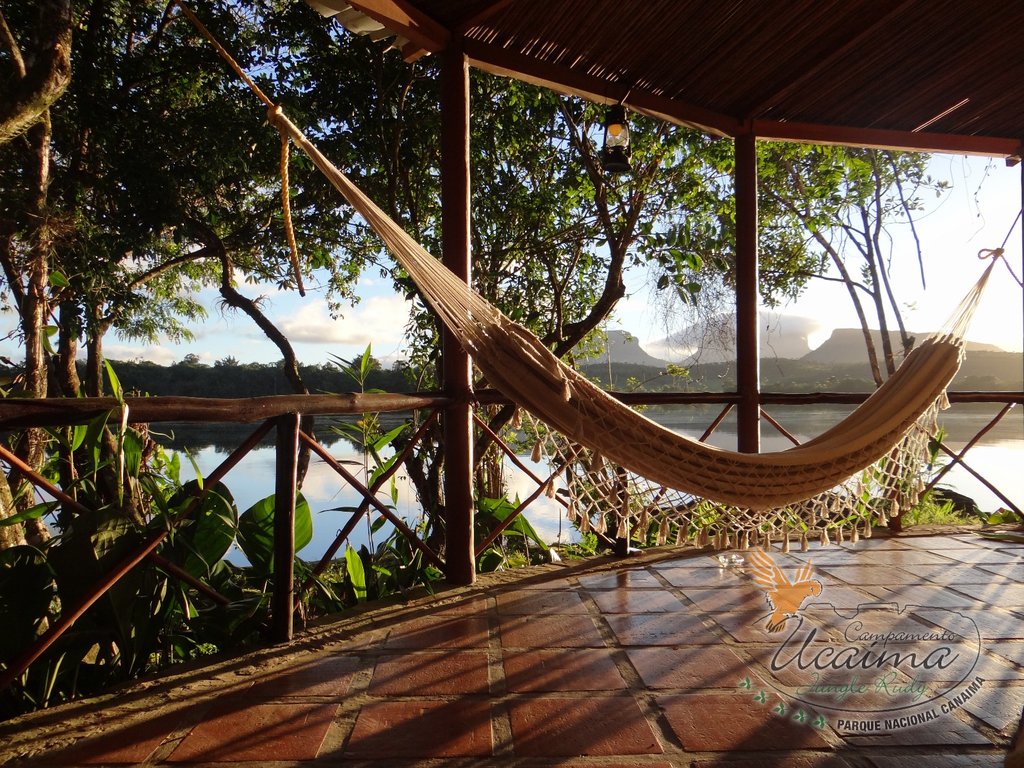 Canaima's location is spectacular, situated on a peaceful, wide stretch of the Rio Carrao, known as Laguna Canaima, just below the point where the river becomes a chain of magnificent falls. The rose-colored lagoon is bordered by a pink beach. The falls, too, have conspicuously colored water, ranging from pale yellow to rich sienna, like torrents of tea and coffee. The color of this and other black water rivers in this region comes from tannin which dissolves in the water from the leaves of local trees, especially the Brommetia tree.

The park is home to indigenous Pemon Indians who are part of the Carib linguistic group. The Pemon have an intimate relationship with the tepuis, and believe they are the home of the 'Mawari' spirits. The park is relatively remote, with only a few roads connecting towns. Most transport within the park is done by foot, canoe, or light plane from the airstrips built by various Capuchin missions.

In 1994, the Canaima National Park was named a World Heritage Site by UNESCO, as a natural reserve with features that are special and unique around the world - especially the the tepuis.

Itineraries in Angel Falls and the Lost World 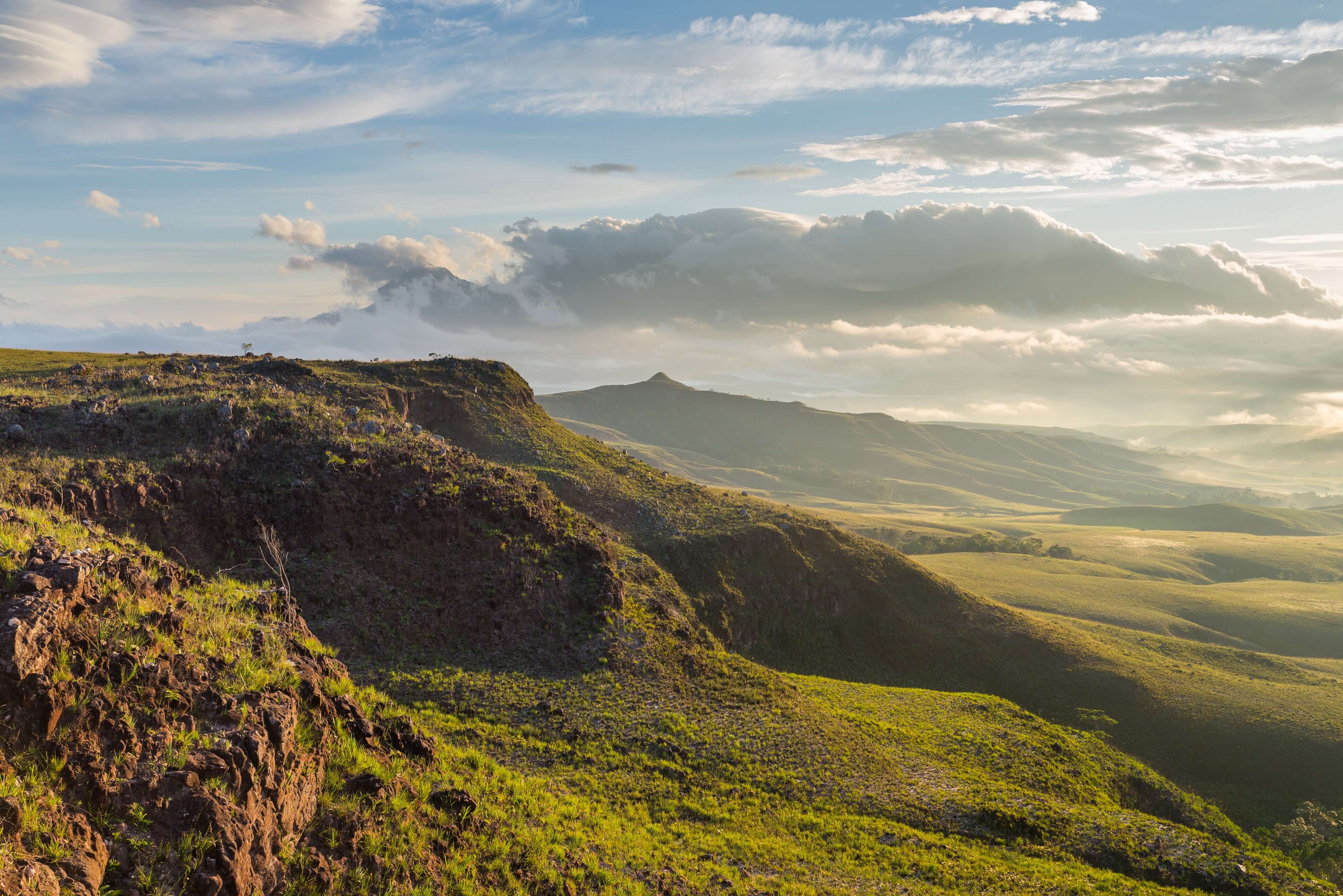 Duration: 4 days, 3 nights
From: $398
An exciting, off-the-beaten-path, overland trip across the remote Gran Sabana of Venezuela. 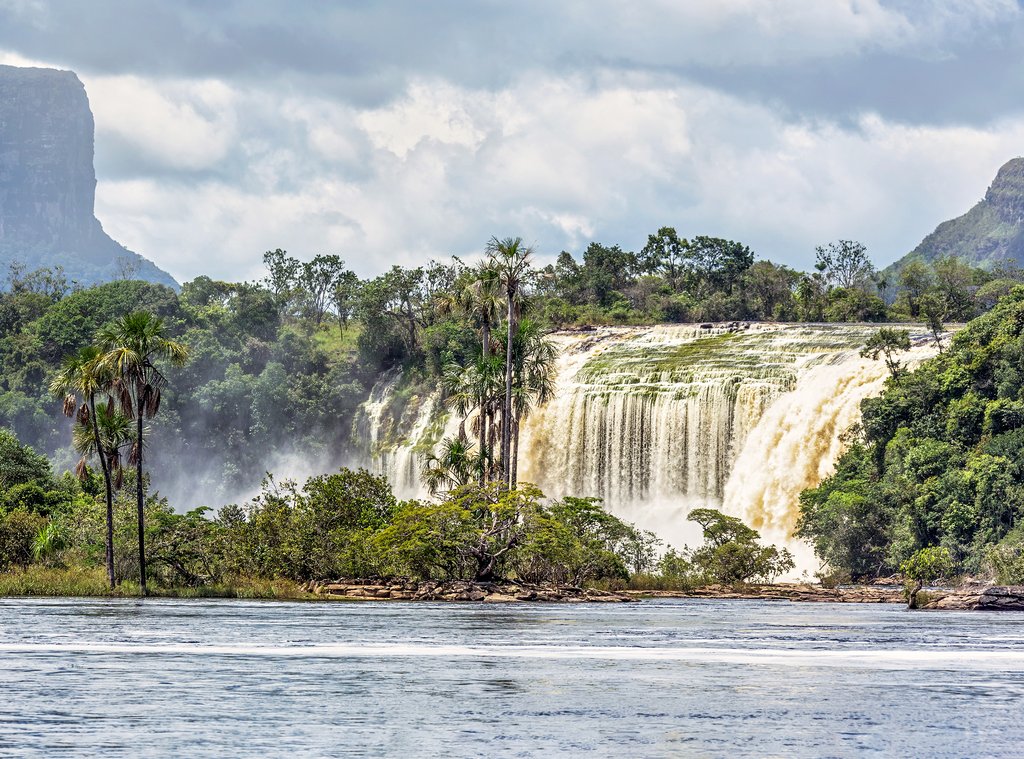 A Taste Of Venezuela

Duration: 12 days, 11 nights
From: $5230
Embark on a scenic journey through Venezuela and experience the magic of the Angel Falls. 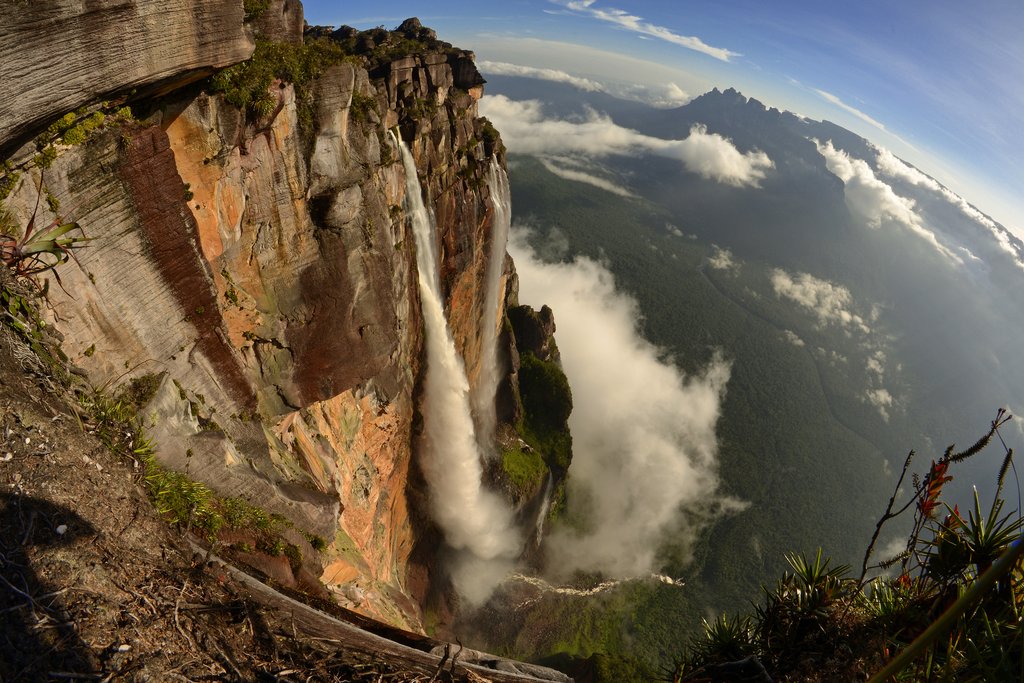 Duration:
From: $
Take a comprehensive tour of Venezuela, from the Andes to the Llanos Grasslands and Angel Falls in the Gran Sabana.
Places To Stay
Venezuela
Travel Tips