Begin your trip with two nights in Buenos Aires and a day to explore the city.

In addition to our 'Four Balconies of Buenos Aires' tour you can explore the Parana River delta or take in a tango dinner show.

You will also want some time to wander the streets of Bariloche on your own. In Bariloche you will find plenty of good shopping, including boutique chocolate shops, as well as a variety of regional and international restaurants. 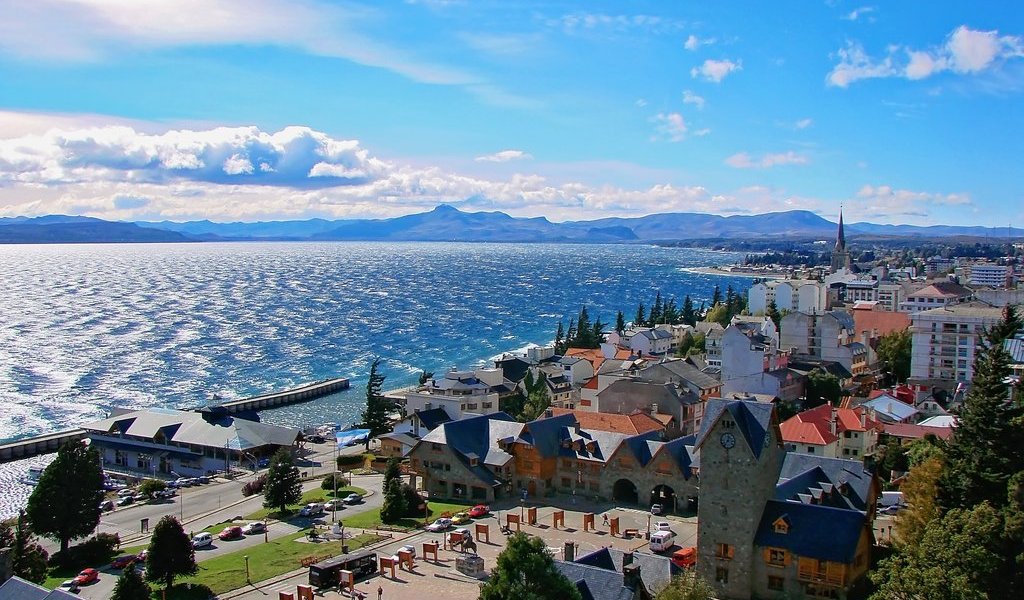 For three nights you will be based in the lovely town of Puerto Varas on Lake Llanquihue. Suggested excursions include a day trip to Chiloe Island and a day around Lake Llanquihue to the Osorno Volcano and Petrohue Falls.

Fly from Puerto Montt to Santiago. You may connect with an evening int'l departure or opt to spend some time in and around Santiago. Optional trip extensions in Chile include Torres del Paine National Park in southern Patagonia (with direct flights from Puerto Montt to Punta Arenas), Easter Island and the Atacama Desert in northern Chile.

You will be met upon arrival in Buenos Aires and transferred to your hotel. Overnight Hotel Bel Air, daily breakfast included - 2 nights.

Hotel pickup and transfer to the airport for your flight to Bariloche.

Bariloche Airport reception and transfer to your hotel.

You will be picked up at your hotel and set off on a full day private tour of Argentina's Lakes Region close to Bariloche. This full day panoramic drive passes by enchanted valleys, curious rock formations, Lake Traful and the little namesake village, and lakeside road parallel to Nahuel Huapi Lake. The day is one of gorgeous scenery, clear rivers, forests and mountain vistas. There will be plenty of time to stop and explore a little en route.

Free day on your own or on guided excursions. A menu of our optional excursions can be provided upon request.

You will be picked up at your hotel and set off on one of South America's most spectacular journeys. You'll transfer to the pier at Puerto Panuelo, where you'll board your ship for the two-hour crossing of Lake Nahuel Huapi to Puerto Blest. Upon arrival, you'll transfer the short distance to Puerto Alegre, and continue by bus through dense forest to Lake Frias.

You'll board another boat to cross this narrow lake over to Puerto Frias. Along the way, you'll marvel at the awesome scenery of forest-clad mountains and crystal clear lakes. Keep your eyes out for birds and other wildlife in this pristine region.

Arriving in Puerto Frias, you'll overland by bus on a picturesque ride into Chile. Please note a migratory tax is levied on all persons (children included) leaving Argentina by land, river or sea. This tax must be paid in Argentinean pesos. You'll pass through Chilean Customs formalities before arriving in Puella in time for lunch (lunch not included).

In the afternoon, you'll be transferred to the pier for a spectacular 2-hour launch ride across Lake "Todos Los Santos."

On arrival in Petrohue, you will be taken to your hotel in Puerto Varas. Overnight Cabana del Lago, daily breakfast included - 3 nights.

On this tour you will travel to the well-known Chiloé Island, a place full of traditions and mysticism. This island is the second largest archipelago in South America after Tierra del Fuego (also in Chile). The coastal range marches along its entire length showing us what nature is capable of doing.

You will be picked up at your hotel and transfer to the ferry to Chiloé Island from Pargua, a town located in the continental limit of Chile. Sail across the Chacao Channel for approximately 30 minutes and arrive in Chacao, a small village doorway to the island.

Take the road south towards Dalcahue, a picturesque village lying at the point where General Ramón Freire landed with his patriot troops to fight against the Spanish Army back in 1824. The village emerged from cattle farming and traditional crafts market. Visit their Dalcahue church, declared a National Monument and World Heritage.

Later, arrive in Castro, lying on the shores of a fjord famous for its picturesque houses on stilts called palafitos, the third oldest city in Chile, founded in 1567. Enjoy a visit to their Crafts Fair, where several wool, wood, and stone articles are sold. Leave Castro after visiting the San Francisco church, a temple projected for masonry and well known for its detailed woodwork and large size.

The next stop is to the city of Ancud, famous for its market and considered the best infrastructure in Chiloé. It was an international seaport until the end of the 19th century, with narrow streets lined with commercial houses and classical Chilote architecture. The Regional Museum is great to visit and to learn more about the island history. Then visit the San Antonio Fort, erected in 1770, South America’s last point to where the Spanish flag flew.

Hike up the Huaihuén Hill, to observe the city and the Chacao Channel.

Afterward, you will return to your hotel.

The Chile Lake District possesses many incredible sights, and one is the Osorno Volcano painted in the back of the Llanquihue Lake, with occasional clouds towering it. Another is the blue turquoise waters running through the volcanic formations of the Petrohué Falls.

You will be picked up at your hotel and depart for Petrohué through Ensenada, entering the Vicente Pérez Rosales National Park. Reach Ensenada after about 45 minutes by car, the easternmost port on the lake. The road continues east along the Petrohué River Valley, flanked by thick forest and old lava fields.

Enter the park and visit the Petrohué Falls, where the Petrohué River plunges over very hard volcanic rocks, amidst millenary forests. After a light walk along these woodlands, the view of this natural formation will impress you, while the water flows and jumps creating a landscape worth remembering.

The trip continues on to the imposing Osorno Volcano, a symbol of the local landscape. Walk through a forest of coigües and other native tree species, making a stop at an altitude of 1,000 meters to observe La Burbuja Crater, admiring the view of the Petrohué River valley and the Calbuco Volcano in the magnificent Andes.

The expedition continues to the ski center located at 1,200 meters above sea level. On your way, see how the lava formations from earlier volcanic eruptions were formed. Stop and enjoy a panoramic view from the top of the Osorno Volcano.

Afterward, return to your hotel.

You will be met at your hotel and transferred to the airport in Puerto Montt for your flight to Santiago. Connect with your int'l departure or spend a few days in Santiago. 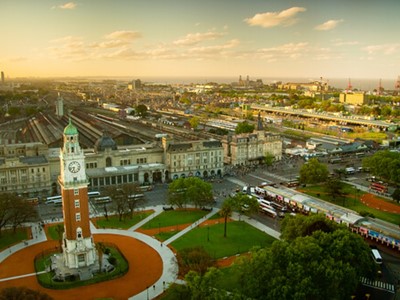 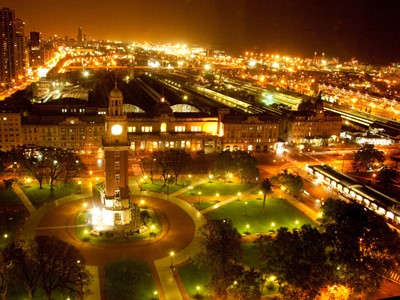 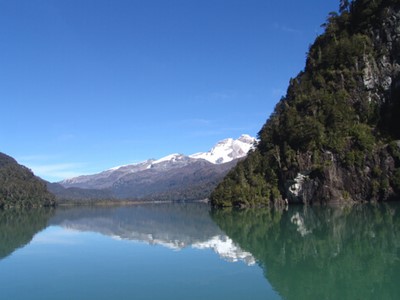 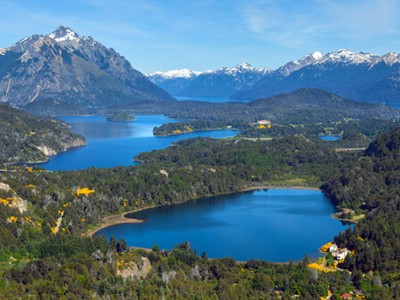 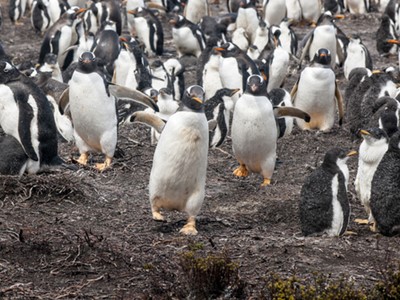 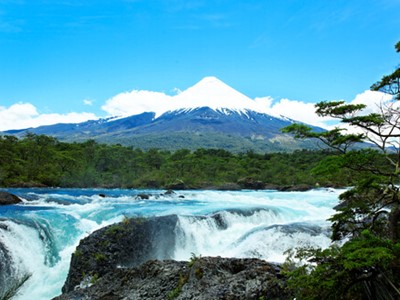 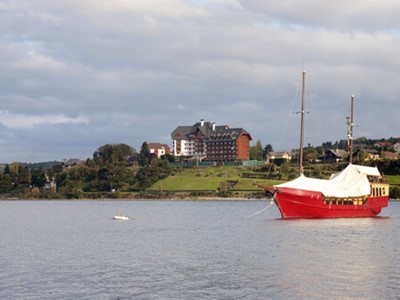 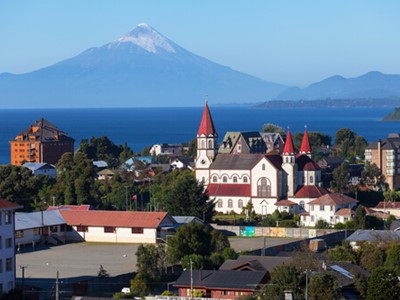 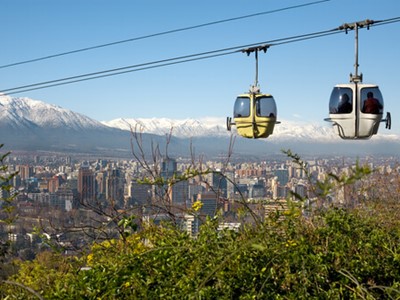 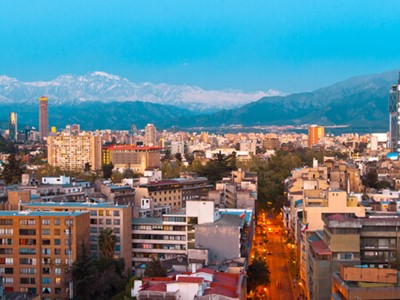 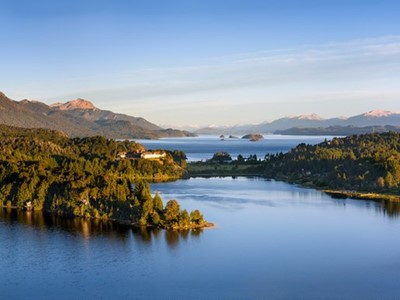 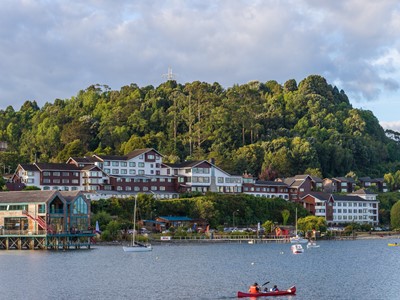 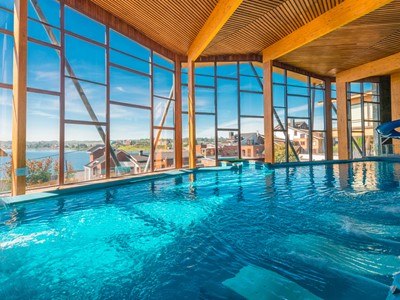 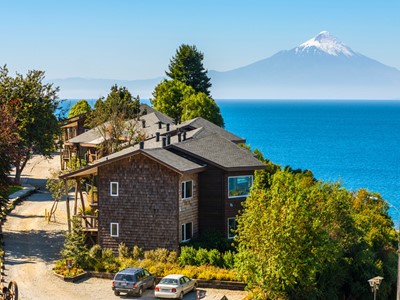 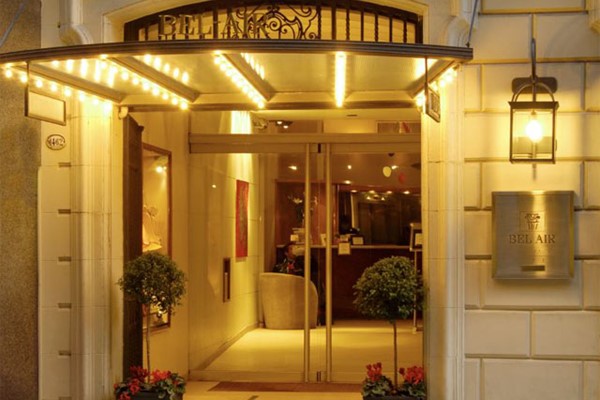 The Hotel Bel Air is located in the trendy neighborhood of Recoleta in Buenos Aires, Argentina.
Read more Add to Bucket List 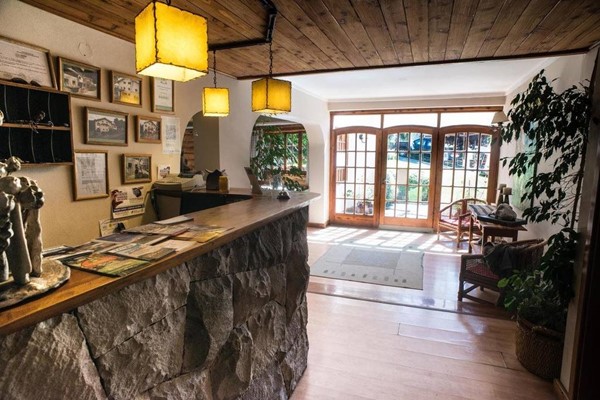 A three-story Austrian-style house located a quarter of a mile from downtown Bariloche.
Read more Add to Bucket List 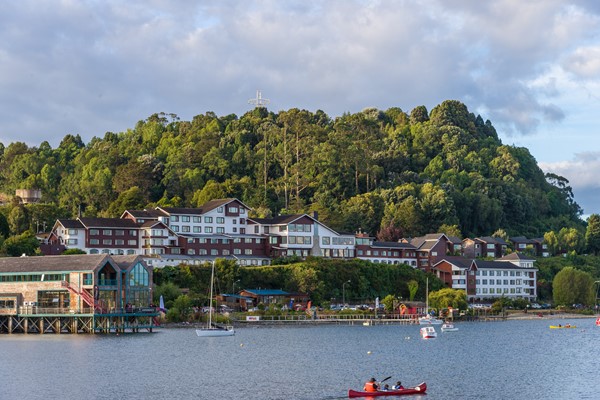 Hotel Cabaña del Lago has 157 guest rooms that have stunning views of Llanquihue Lake and the beauty of the neighboring volcanoes. This is the ideal location for a relaxing vacation.
Read more Add to Bucket List

"Trip was great and so were the arrangements made."

The local guides were great and provided support every step of the way.