Experience the Highlights of Patagonia

Start in Buenos Aires, Argentina and a day to explore the city. From Puerto Madryn you will visit the Punta Tombo Penguin Colony and the quaint welsh village of Gaiman.

On the following day you will spend the day on the wild Valdes Peninsula, home to wildlife such as the Southern Right Whale, sea lions, sea elephants and the mighty Orca. 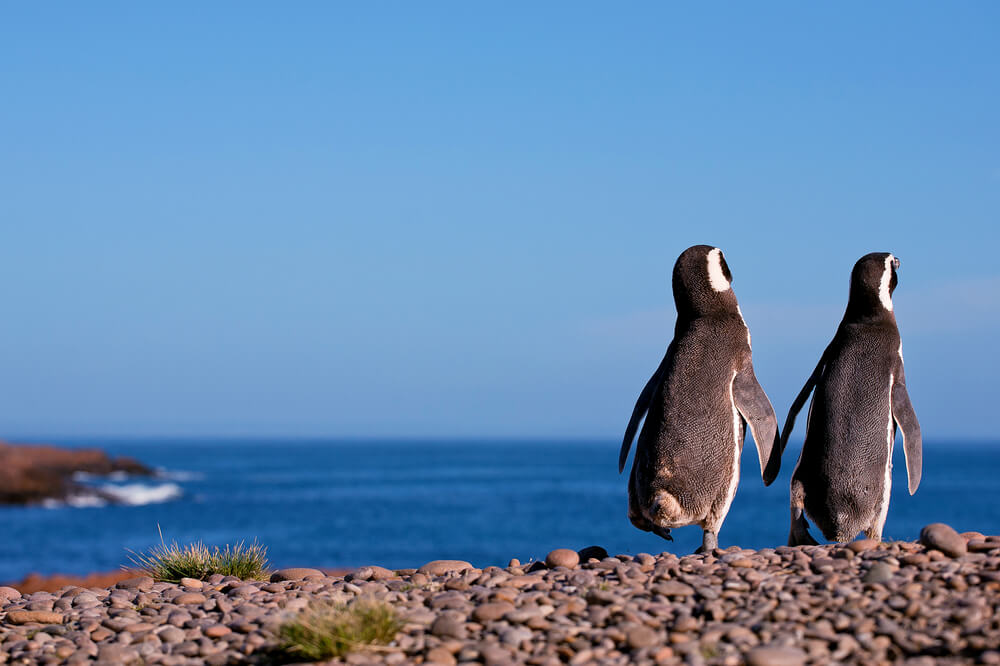 Fly to Ushuaia from where you will cruise the Beagle Channel, visit the legendary Harberton Ranch and explore Tierra del Fuego National Park.

Round-out from El Calafate in Los Glaciares National Park for an excursion to the Perito Moreno Glacier where you can go for an optional short trek on the glacier. 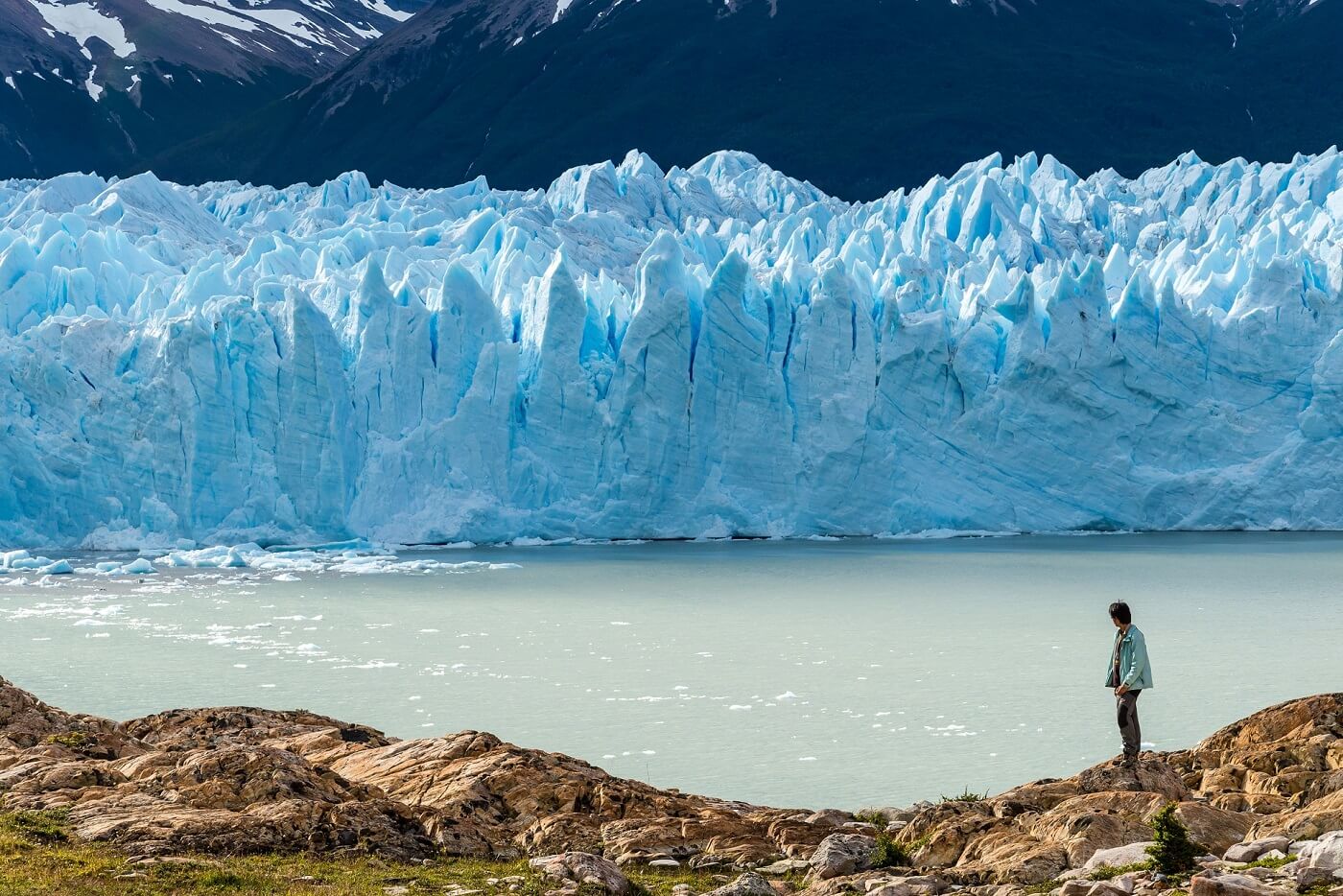 This trip will take you to three of Patagonia's premier destinations.

You will be met at Ezeiza International Airport upon arrival and transferred to your hotel. Overnight Hotel Palo Santo, daily breakfast included - 2 nights.

You will be met at your hotel and transferred to the National Airport for your flight to Trelew.

You will be met at the Trelew Airport by your guide and depart for a full day tour to Punta Tombo, the most important breeding colony of Magellanic penguins in the world (typically between September and April).

On the way back to your Puerto Madryn hotel, you will visit Gaiman, a typical Welsh settlement.

Overnight at the Dazzler by Wyndham Puerto Madryn.

Bahia Nueva Hotel was built in 1995 and it was named after the bay along which Puerto Madryn was built. The simple brick and wood construction dates back to the first buildings at the beginning of the 20th century. The hotel has 40 rooms.

You will be met by your guide for a full day tour to visit the Valdes Peninsula. On the way you will stop to see the wildlife of the area: guanacos, lesser rheas, Patagonian foxes, hairy armadillos, maras and elegant-crested tinamous.

Then you'll stop at the Carlos Ameghino Isthmus, gateway to the Peninsula, where a small museum will introduce you to the fauna of the region. Continue across the flat Patagonian countryside to Caleta Valdes, where you'll witness the only mainland colony of huge Sea Elephants at close quarters.

Note: From July to early December you may also take an optional short and exciting boat ride from Puerto Piramide to admire families of Southern Right whales. There is an additional cost for the whale watching excursion.

You will be met at your hotel and transferred to the Trelew Airport for your flight to Ushuaia.

Ushuaia Airport reception and transfer to your hotel.

Overnight at the Villa Brescia, a family-owned hotel located in the heart of Ushuaia.

In addition to the three featured excursions over the next three days we offer a selection of other optional guided excursions found here.

You will be picked up at your hotel for a full day visit to the Tierra del Fuego National Park.

Tierra del Fuego National Park is one of the most frequently visited places in Ushuaia: it is close to the city and easily accessible. Upon arrival in the park, start a seaside trek from Ensenada Bay to a wonderful scenic point overlooking Lake Roca, Lagunas Verde and Negra, Rivers Ovando and Lapataia Bay.

Hiking through this beech forest look out for the Magaellanic woodpecker, largest in South America, Austral parakeets, black-chested buzzard eagles and Andean Condors. Reaching a clearing near the water, embark on a 15 passenger zodiac boat and head toward Isla Redonda for lunch. Hike – approximately 3 hours, 4.5 miles, round-trip.

You'll have time to take a short walk on the island while your guide prepares lunch. Don't forget to send a postcard from the island which has the continent's southernmost post office. On the way back to Lapataia Bay, watch for cormorants and sea lions, albatross and petrels.

Upon arrival hike an old trail to Laguna Verde, where you will board the vehicle back to Ushuaia. The tour of the National Park focuses on ornithology, geology, ecology, hiking, and photography.

You'll be met at your hotel early this morning and begin your scenic drive along National Route 3 and then take the “J” route towards Harberton Ranch, the oldest of the region.

The 90 km (56 miles) to the ranch will offer interesting views of the famous "Flag Trees" (exposed to the strong winds). The estancia at Harberton belongs to the descendants of the first British Missionaries to reach the area - Reverend Thomas Bridges - and was managed for many years by Ms. Natalie Goodall, a foremost naturalist in the area.

You'll have time to explore the estancia. From the estancia you will board a small boat and navigate the Beagle Channel to Martillo Island, a Magellan penguin rookery (they can only be seen from December until around February).

The unique location of this island makes it an ideal place for an incredible variety of rich sub aquatic life and therefore, an amazing spot for bird watching (petrels, skuas, cormorants, sea gulls and albatross).

The navigation continues to Gable Island, the largest in the Beagle Channel, which belongs to the Harberton Ranch. Formerly, this was the place where they took their sheep during the summer. Today, only a large shearing shed is left. After a short walk, you will reach a refugio.

The views over the Beagle Channel from here are breathtaking. After lunch, you will enjoy a 2-3 hour hike, which will lead you into a beech forest with white orchids, wild berries, strawberries and ferns. Return to the refugio and navigate back to the estancia. From there you will transfer back to Ushuaia.

Beagle Channel Navigation
This morning make your way to the port (some hotels provide complimentary shuttle service) for a navigation of the stormy waters of the Beagle Channel. The Beagle Channel is located south of Ushuaia and Tierra del Fuego, overlooking the islands that extend all the way to Cape Horn.

It was first discovered by the Fitz Roy expedition of 1830, and later again by Charles Darwin in 1833. The first Anglican settlers arrived in 1860. You'll cruise close by several islands, including Seals Island where you may witness petrels, cormorants, and sea lions at close quarters. Port tax is included.

In due time you will be met at your hotel and transferred to the Ushuaia Airport for your flight to El Calafate.

Overnight Los Canelos, located on the outskirts of El Calafate. Hosteria Los Canelos is a rustic-style hosteria with 9 very comfortable rooms, some with views overlooking Lago Argentino. The Hosteria has a fine restaurant.

You will be met at your hotel and transferred to Los Glaciares National Park, in the sub-Antarctic Continental Ice-cape, known as the "Third Pole", which extends over 60,000 square km (23,000 sq. miles) and gives birth to several major glaciers along the Patagonian Andes.

The excursion begins from the pier located at “Bajo de las Sombras” bay (approximately 6 kilometers before the glacier viewpoint), where you will embark to cross Brazo Rico, reaching the southwest shore after 20 minutes of navigation in which you will appreciate the southern wall of the Perito Moreno Glacier.

After disembarking, you will reach the shelter, where the guides organize the mini trekking groups. You will walk by the lake shore to reach the glacier. It will take approximately 20 minutes. Once you are in front of it, the guides will put you the crampons and give you the instructions for a 2-hours hike over the ice.

In this mini trekking over the glacier, you will appreciate lots of ice formations such as: cracks, drains, little lagoons, etc. It is a moderate hike.

The ice surface where you will walk is irregular, but firm and safe. At the end of the hike, you will go back to the shelter walking through the exuberant Magellan forest. Arrival and embark to cross the lake. Once you arrive at the pier, you will travel for 6 km to reach the catwalks, in front of the Perito Moreno glacier, from where you will have different and amazing views of it.

A boxed-lunch will be included.

El Calafate hotel transfers can be arranged as private or large group bus.

A full day for optional guided excursions.  A menu of our excursions can be found here.

Hotel pickup and transfer to the airport for your flight to Buenos Aires. 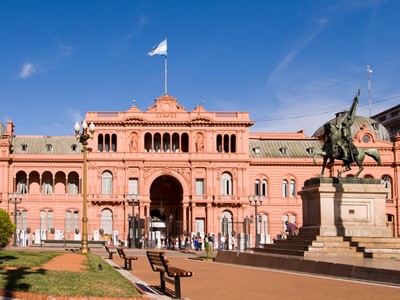 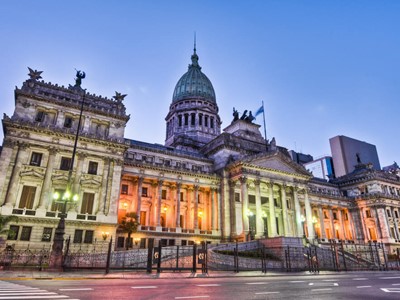 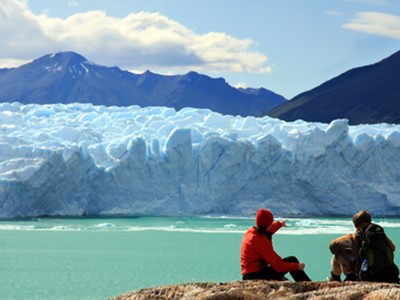 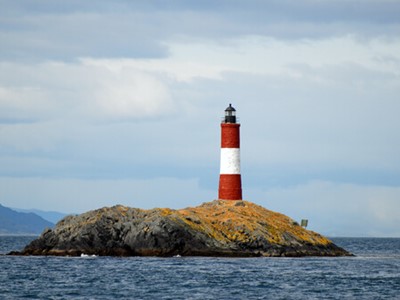 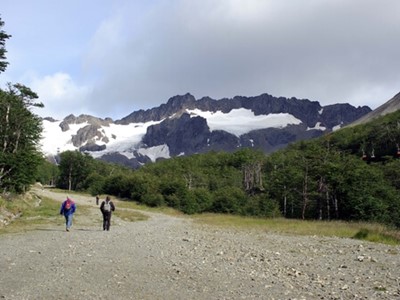 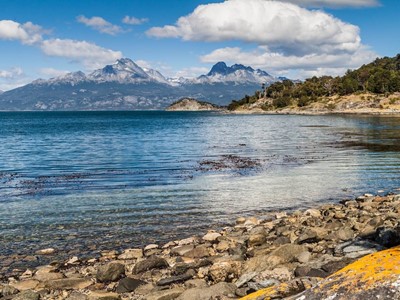 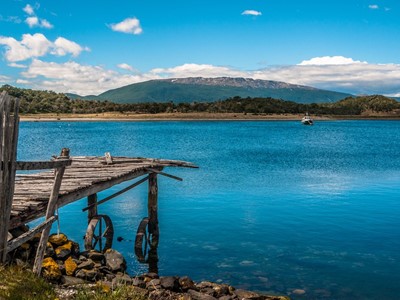 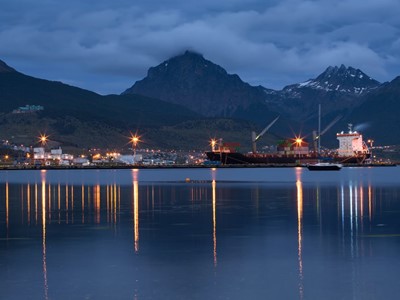 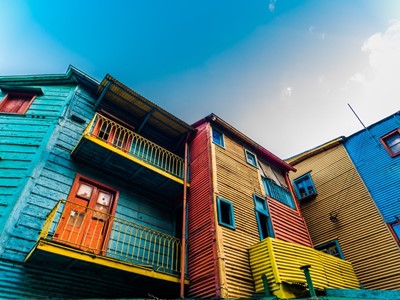 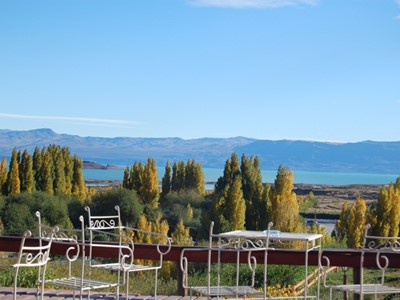 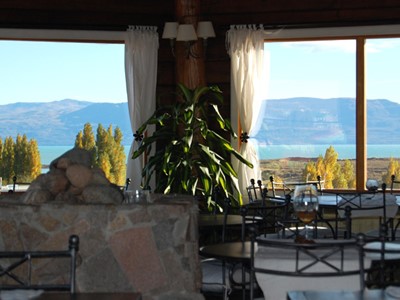 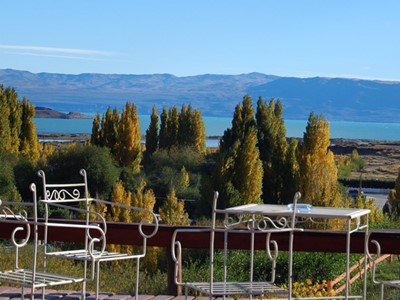 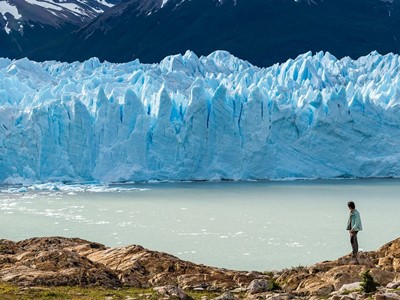 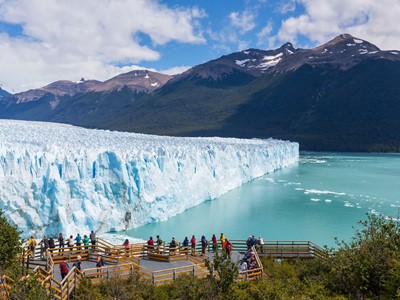 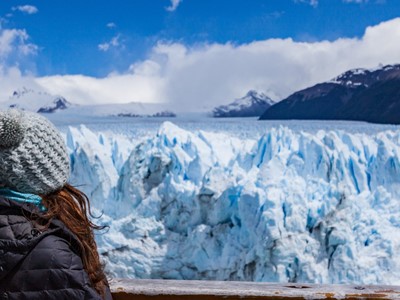 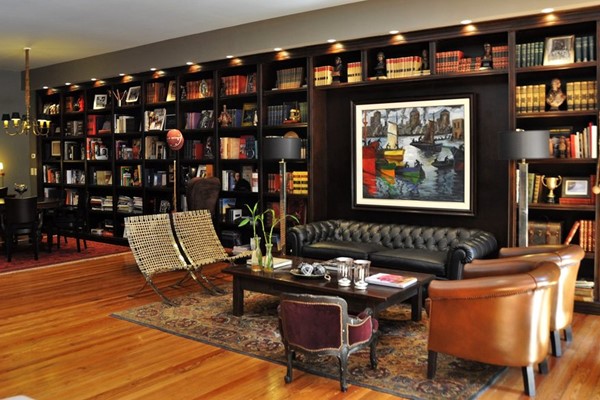 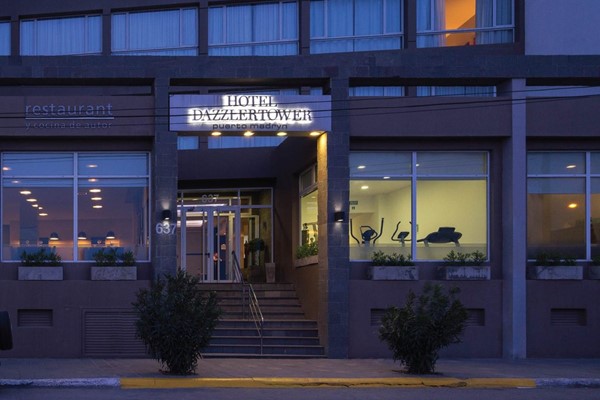 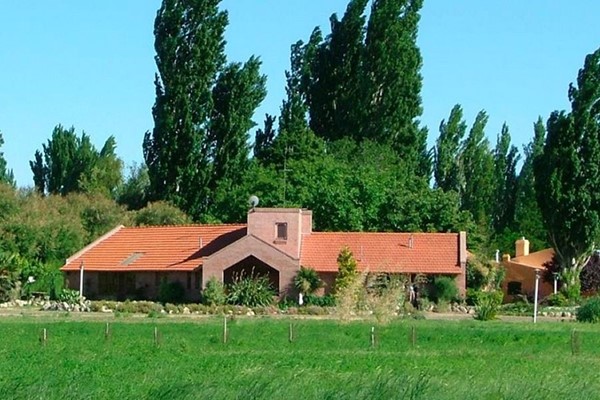 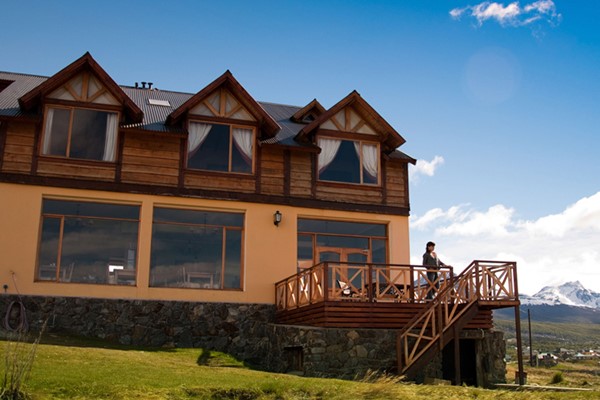 Tierra de Leyendas is a boutique hotel is located in the city's newest neighborhood, on a small hill overlooking the Beagle Channel in Ushuaia.
Read more Add to Bucket List 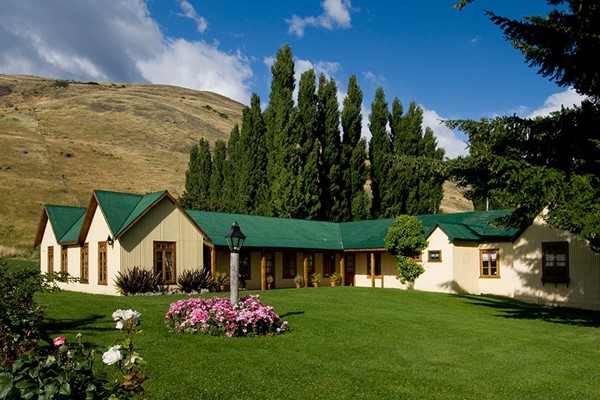 "This is my second time traveling with Lost World and once again they did a great job."

Somehow they manage to use reliable, helpful people who show up exactly on time and are a pleasure to be with. Our flight was delayed 14 hours and we landed at 1am unsure how we'd be getting to our lodging, but the driver and guide were there waiting for us.

Working with Andrew planning the trip is easy as he listens to what you want and also offers his own suggestions. Our family trip entailed a quick stop in Buenos Aires then 6 days in Patagonia and we loved all of it. I will definitely use them again.