A cultural and historical circuit of Bolivia

Explore from La Paz to Sucre, Potosi and the Uyuni Salt Flats for
12D/11N Starting at $3548 per person

After touring La Paz and the Tiahuanco you will tour the World Heritage Sites of Sucre and Potosi.

Three days crossing the Uyuni Salt Flats will take you to Colchani, the 'Ojos de Sal', Cueva Galaxias, Chinguana, the Siloli Desert, Arbol de Piedra and lagunas Colorada and Verde before returning to Uyuni for your flight to La Paz. 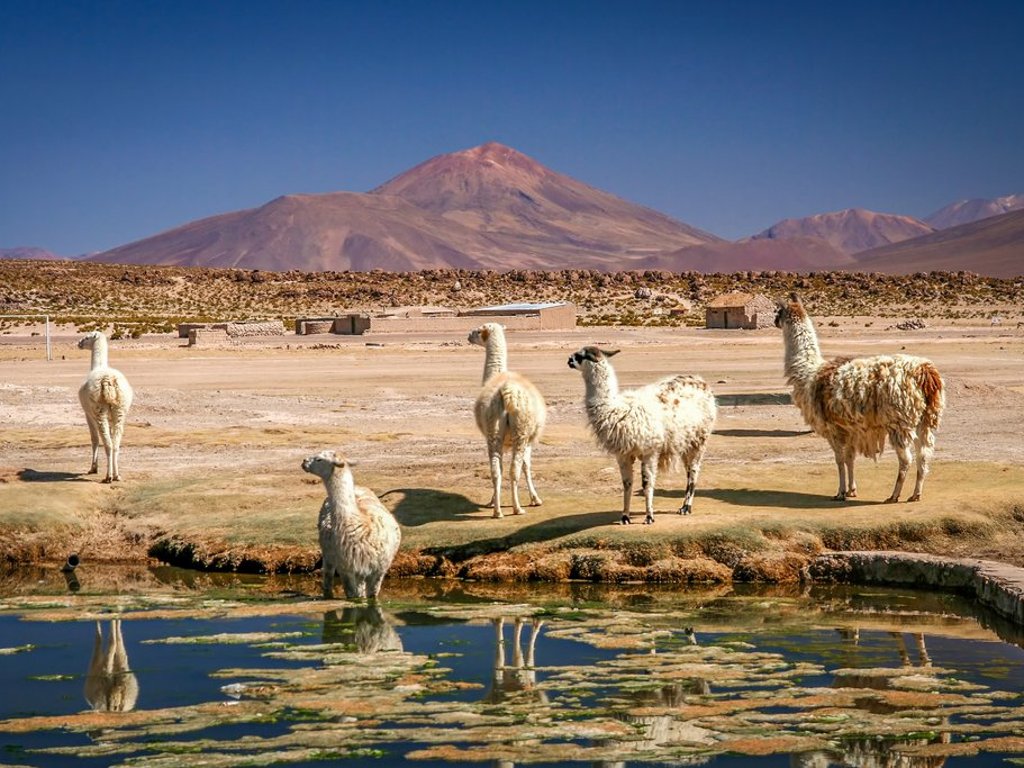 This circuit will introduce you to the best culture and natural history Bolivia has to offer. 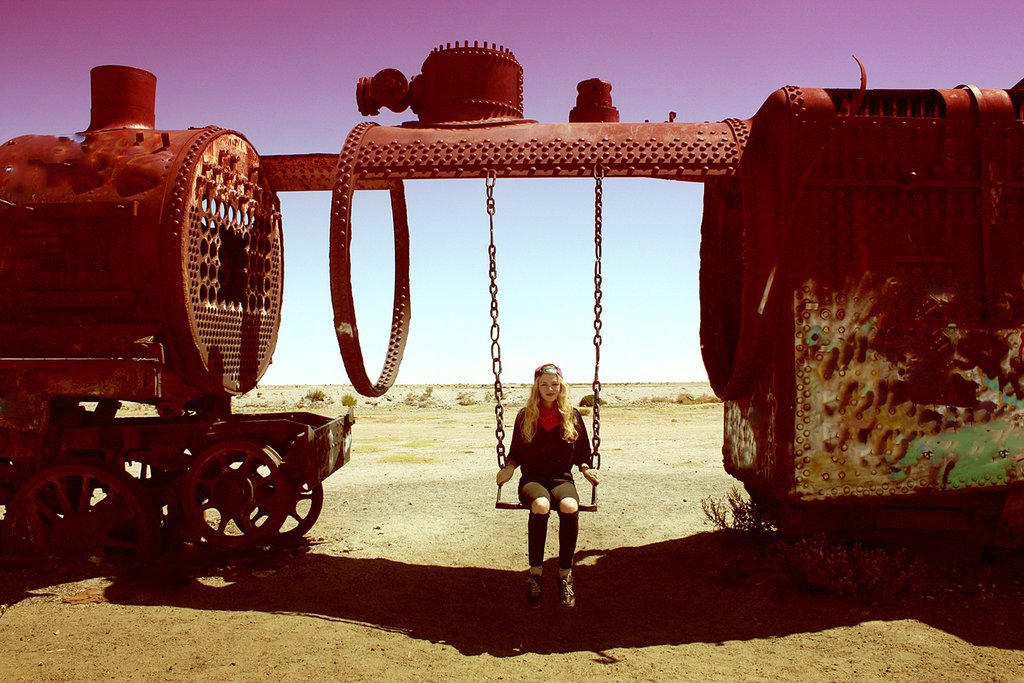 La Paz Airport reception and transfer to your hotel.

Day 2 : Tiwanaku / La Paz City Tour with the Valley of the Moon

You will depart La Paz by private vehicle for Tiwanaku, a 1.5 hour drive from La Paz (72 km/45 miles), passing across the highlands where the Aymaran way of life can be seen. Upon arrival, you will set off with your private guide for a tour of the ruins. Tiwanaku dates from 1580BC - 1200AC and was one of the most important pre-Inca civilizations and considered to be among the most developed at the time.

The Tiwanaku civilization has barely been excavated. A temple site with imagery and structural features like those of Tiwanaku was recently discovered 100 feet under the surface of Lago Titicaca. The Incas, a later arriving civilization in the region, integrated much of Tiwanaku culture, science, and cosmology. Sacred Inca totems, such as the condor, puma and fish, comprise the most ancient iconography.

The main constructions visited during this tour are: the Kalasasaya temple and the Gate of the Sun constructed out of stone, Ponce and Fraile monoliths; the Akapana pyramid and the semi-underground temple. Two local museums to view pottery, stone work and learn about the culture are also included on this trip.

This afternoon you will set off on a tour of La Paz and the Valley of the Moon. You will start with a visit to downtown La Paz.  There is no other city like La Paz in South America where more than one culture blends. Learn about history and politics; take the pulse of the city and its people.

You will visit the Zona Sur and Valle de la Luna (Moon Valley), both located in the lowest and warmer parts of the valley. Strangely eroded clay formations have created an eerie landscape in the Valley of the Moon. If you are interested in books, fine jewelry and alpaca shops, the San Miguel neighborhood, located in the Zona Sur, offers some of the best shopping in La Paz.

Transfer to the airport for your flight to Sucre. Airport reception in Sucre and transfer to your hotel.

You will be met at your hotel by your guide and start the half-day city tour throughout the most beautiful city in Bolivia and a World Heritage Site. This tour will visit several colonial and republican monuments, including museums, convents, churches, monasteries and the textile museum. A walk around Sucre’s downtown area is recommended. There are nice plazas, cafés, restaurants, and also three chocolate factories.

Located at 8,500 feet, Sucre is the official capital of Bolivia and its most beautiful colonial city. Sucre is considered a World Heritage Site by U.N.E.S.C.O. Previously called Charcas, and then Chuquisaca, before finally being renamed Sucre, this is the city where Simón Bolivar founded Bolivia and wrote the Bolivian constitution, after defeating the Spanish Army in the mid-1820s.

The city has important historical monuments like the Liberty House, the former National Congress, old monasteries, and temples. Sucre is an open book of historical events between 1640-1850 that influenced new republics in other Andean countries.

Going back even further, to prehistoric times, you can also visit a rich assortment of newly discovered dinosaur tracks and fossils. Besides being of historical interest, this is also an important cultural center with colonial and textile museums, as well as one of the first universities in America, the University of San Francisco Javier, which is older than Harvard.

The rich textile traditions (weavings) of this area, centered around Tarabuco, are another very popular attraction. The lovely subtropical weather enhances Sucre´s special ambiance for international tourists. Days are sunny with bright blue skies and the nights are filled with stars.

Early departure from Sucre by private car for a 3-hour trip along an amazing road. You will cross the Pilcomayo River and see the Puente Arce (a bridge used in past). Continue to the highlands and the famous colonial mining city of Potosi (4,060 m. /13.320 ft.).

Half-Day Potosi Tour
This afternoon you will be met at your hotel and depart for a three-hour walking tour of Potosi, a “World Heritage” site preserving over 400 years of history. You will walk downtown, with its narrow streets and mix of baroque, gothic and indigenous architecture, to visit historic monuments, such as plazas, churches and convents which illustrate an intact and well-preserved style of architecture that blends baroque with the local indigenous traditions.

You will visit the impressive Royal Mint House, and continue to other attractions such as the Main Cathedral, Torre Compania, Arco Historico and San Francisco Church.

Cerro Rico Mine Tour
This unique excursion allows visitors to experience an unforgettable trip thousands of meters underground, to see the living and working conditions of the Bolivian miners (protective clothing and helmets are provided). The silver mine is in the famous Cerro Rico, once the richest of the world.

Transfer Potosi - Uyuni
An amazing trip passing through the Andes range, near the villages of Chaquilla and Tika Tika, and the famous Pulacayo tin mine. It ends in the village of Uyuni (driving time - 3 to 4 hours).

Your trip across the Salt Flats first visits the cemetery of old trains, then continues south through the highlands, passing the villages of San Cristobal, Culpina K to the high and rich valley of Alota. Pass areas with great stone formations. Continue through the high valleys to the village of Villamar where you will visit to the Cave Paintings and the Thomas Lakjas Necropolis.

Depart early this morning for the REA (National Reserve Eduardo Abaroa), visiting Laguna Colorada, declared a RAMSAR site due to the nesting of over 30,000 flamingos at 4,278 m. Then up to the “Sol de Mañana" geysers.

Pass the Challviri lagoon, with its hot spring in the shores of Polques. Cross through the high desert of Pampas de Dali, with amazing views, to finally reach Laguna Verde, in the foothills of the Licancabur Mountain. Continue to Laguna Colorada, enter the high deserts of Siloli, visiting Arbol de Piedra to finally reach Ojos de Perdiz (4,531m. / 14,865 ft.)

Morning trip north through the minor lagoons and continue east to the valley of Alota, north through the highlands passing the villages of San Agustin and San Juan, entering Chuvica to the great Uyuni Salt Flat crossing to "Isla Incahuasi", a special habitat of volcanic rocks and giant cactus.

Continue east to the village of Colchani, where the locals produce salt. Enjoy a great sunset.

Hotel pickup and transfer to the Uyuni Airport for your flight to La Paz.

You will be met at the airport and transfer by private car for the 3-hour ride to Copacabana, a beautiful town on the shores of Lake Titicaca. Visit to its church and the famous "Virgen Morena". Then you will depart on a 1-hour boat ride to the Island of the Sun, an ancient sacred and ceremonial site, which the Incas appropriated.

At Huacani you will be served an Aptapi (typical lunch in the highlands). You will land near the Pilkokaina ruins and begin the 1-hour hike to Ecolodge La Estancia for an overnight stay. The afternoon is free to explore.

Don't miss the early sunrise! Hike down through Yumani visiting the Inca stairs and the Water of the Eternal Youth, then by boat one hour north to visit Chincana ruins and the Sacred Rock.

Continue by boat one hour to the Island of the Moon and the Inca ruins of Iñak Uyu temple before reaching Copacabana.

Private transportation back to La Paz. You will take the cable car (Teleférico) from El Alto city to La Paz with an excellent and beautiful view of the city. 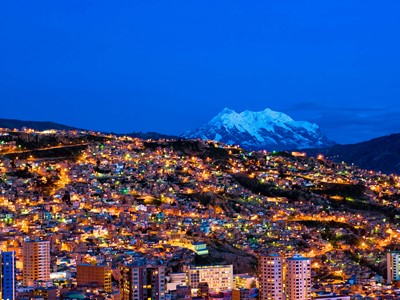 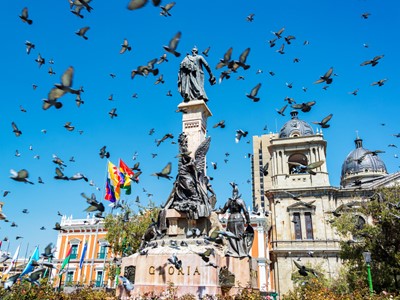 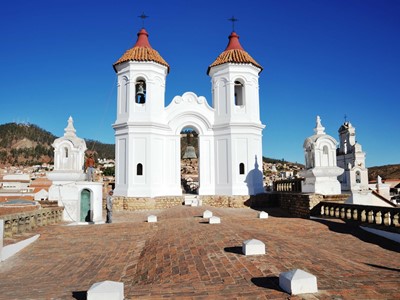 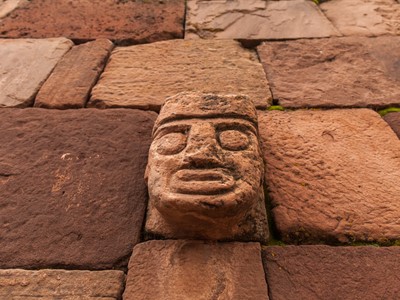 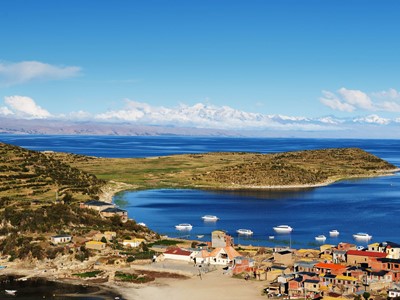 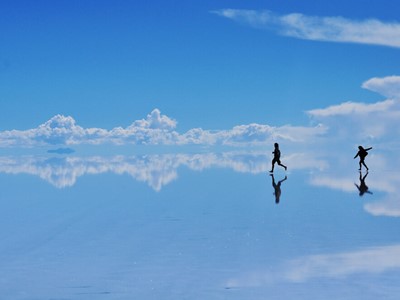 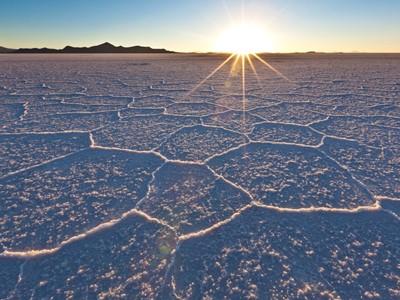 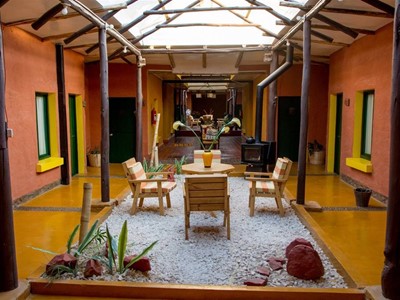 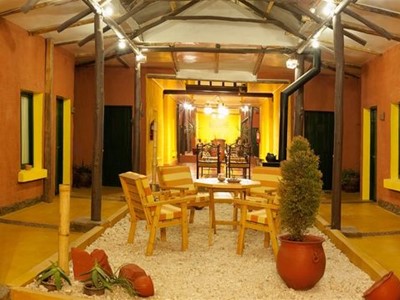 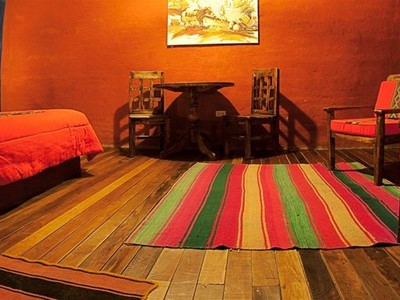 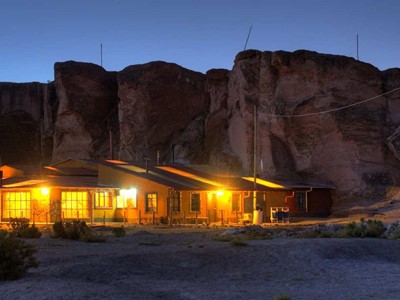 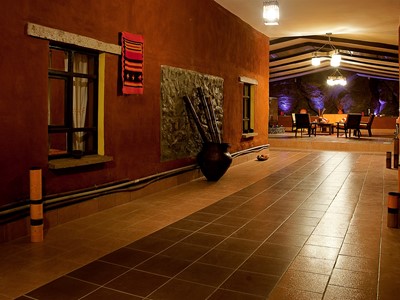 "We had a wonderful experience"

We went to Peru and Bolivia, Lost World Adventures agents lined out the itinerary just the way we wanted and the local tour agents and drivers were all on time and very nice and informative. I was very nervous about trusting an online travel ageny . But everything was wonderful. I would use them again.