11 Days in Croatia and Slovenia Tour

Combine two gems of Eastern Europe on this trip through Croatia and Slovenia for
11D/10N Starting at $3700.00 per person

The Republic of Croatia is at the crossroads of Central Europe, the Balkans, and the Mediterranean.

Its capital and largest city is Zagreb. With more than a thousand islands off the Adriatic coast, Croatia is a “Jewel“ in the Mediterranean region. 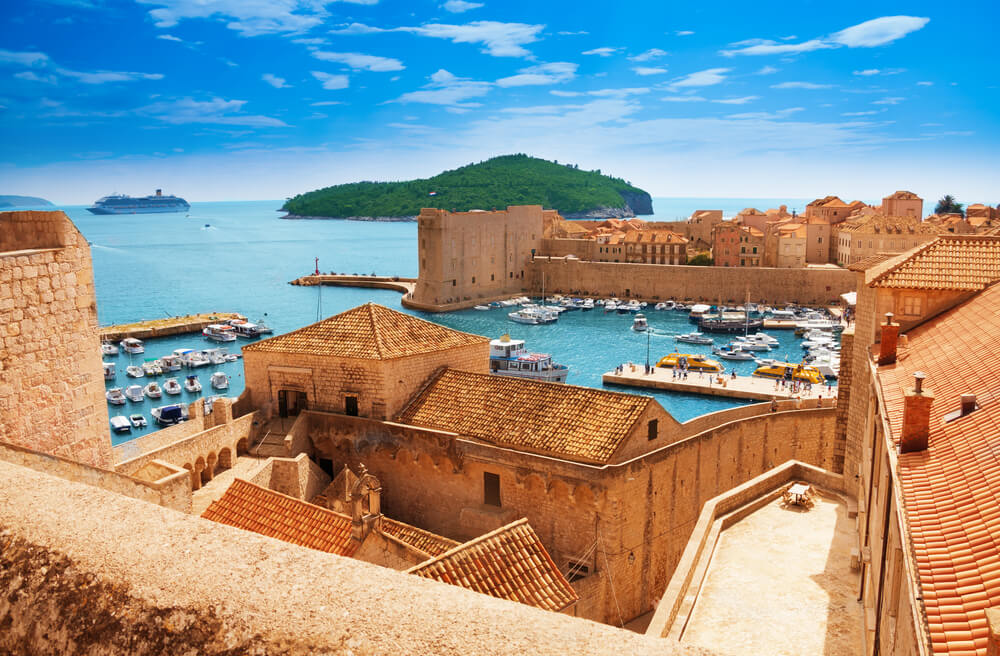 If your Mediterranean fantasies feature balmy days by sapphire waters in the shade of ancient walled towns, Croatia is the place to turn them into reality.

Arrive Zagreb, Croatia. Zagreb is global and cosmopolitan city with a rich history dating from Roman times to the present days.

For centuries it has been a focal point of culture and science and now of commerce and industry as well. It is located in the northwest of the country, on the southern slopes of Medvednica mountain along the Sava River and also on the intersection of important routes between Adriatic coast and Central Europe.

After breakfast you will be met by your guide and set off for a tour of Zagreb.

Walk up to Ban Jelacic Square dedicated to the governor from middle of the 19th century who abolished serfdom and convened the first elections for the Croatian Parliament. Continue to Tkalciceva Street to see the Cathedral, Stone Gate, St. Mark’s Church, Zrinjevac and much more.

You will be told about the merging of the two cities Kaptol and Gradec, the legends of hidden gold under Zagreb which is guarded by a sleeping dragon. Return to the hotel or continue to explore Zagreb by your own.

In the afternoon, you will be taken to a local restaurant for dinner to taste some of the best local specialties.

After breakfast depart to Ljubljana, Slovenia's capital and one of the most picturesque cities in Europe, also referred to as the "Ljubljana Gate", situated on a natural passage leading from Central Europe to the Mediterranean and the East.

The Ljubljana River flows through the center of town, past Baroque buildings and under the ramparts of the ancient castle on the hill.

In this remarkable city, the old meets the new in a way that on the west side of the river you will find a new city and modern-day commercial core, while on the east you will discover the old city packed with history, a mixture of baroque buildings, Renaissance and Art Nouveau which are kept alive by the medieval castle.

After checking in and lunch at the hotel there will be free time to relax. In the afternoon you will meet with your local guide for a city tour of Ljubljana. On your tour you will see many of the city center attractions including the Parliament building, Republic square, Opera house, National Gallery, Orthodox Church, the Triple Bridge, Town Hall, Cathedral, open market, Prešeren square, Open Air theater, Congress square, Cooperative Bank and Dragon bridge.

The most distinctive feature of Slovenia 's largest city is its medieval hilltop castle which offers a breathtaking panorama of the city together with excellent views of the old town and surrounding area. After your tour of Ljubljana you will have a free evening to explore the city on your own.

After breakfast depart for Bled. Bled and its lake is the most popular destination in Slovenia.

The lake and surrounding landscape were formed by the Bohinj Glacier in the last Ice Age. The lake is fed by natural springs. Here you will find the perfect split between tranquility and active pastimes.

The lake has a tiny fairy tale island with a picturesque church. Above the lake, Bled Castle proudly guards its survey. It will take you about 1.5-2 hours to walk around the lake. After your walk lunch will be served at one of the local traditional restaurants. Continue to Postojna Cave, the best-known cave in the world.

It is also the greatest tourist attraction in Slovenia and one of the world's largest karst monuments. A unique and special train will take you into the cave, under spectacular underground arches, which are embellished with chandelier look-alike stalactites, through a beautiful subterranean world full of playful limestone sculptures.

After your visit to Postojna Cave you will transfer to Poreč. Hotel check in and dinner at the hotel restaurant.

Overnight at a Poreč hotel (or, if you prefer, Rovinj), daily breakfast included - 2 nights.

After breakfast you have a free morning to explore Poreč on your own. Lunch will be served at the hotel restaurant.

In the afternoon depart to Pula, the largest town on the Istrian peninsula and a city where you can find the sixth largest amphitheater in the world. Your local guide will take you on a walking tour of Pula and offer a unique insight into the 3,000-year-old history of one of the oldest towns in Europe.

The city is best known for its many surviving ancient Roman buildings, the most famous of which is its 1st-century amphitheater. Locally known as the 'Arena', it is the sixth-largest amphitheatre in the world. This ancient structure's appearance belies its age and it is still used today for summer film festivals.

After your tour of Pula continue to Motovun, an area famous for truffles. You will have a chance to taste a delicious truffle dinner. After dinner return to Poreč.

The beauty of the National Park lies in its sixteen lakes, inter-connected by a series of waterfalls, and set in deep woodland populated by deer, bears, wolves, boars and rare bird species.

Take a walk with a local guide through this heaven on earth. Enjoy scenery of beautiful waterfalls and untouched nature. And don’t forget to make a wish under the largest waterfall as it is supposedly will make your wishes come true.

After visiting Plitvice, lunch will be served at a traditional local restaurant – Licka kuca.  After lunch you will continue to Zadar.

After breakfast explore the city voted the best European destination for 2015 - a city monument surrounded by historical ramparts, a treasury of the archaeological and monumental riches of ancient and medieval times, Renaissance and many contemporary architectural achievements such as the first sea organs in the world.

In the afternoon you will meet with your local guide and tour the city of Zadar. While walking through Zadar, the ancient Forum, symbol of the city church of St. Donat, St. Anastasia, monuments and palaces, you will learn all about the rich history of this beautiful old town.

Of course you will visit the sea organs, a natural musical instrument seventy meters long with thirty-five organ pipes built under the concrete. The musical pipes are located so that the sea water and wind movements produce musical sounds that are heard by passers-by achieving a communication with nature and promoting a unity of architecture and environment.

As sea forces and energies are unpredictable in terms of tides and winds, this organ offers a never-ending concert of numerous musical variations in which the performer is nature itself. According to Albert Hitchcock, Zadar is the city with the most beautiful sunset in the world and you will have a chance to witness it.

After touring Zadar and the amazing sunset, depart to the Royal Vineyards – a restaurant and winery outside of Zadar. Dinner and wine tasting in this beautiful surrounding. After dinner return to your hotel.

After breakfast embark on a boat and explore the beauty of Kornati Islands National Park.

The National Park is also known as a sailors paradise, an archipelago consisting of 86 islands, reefs and islets and the park with the highest density in the entire Mediterranean. Exceptional because, with their raw beauty, they remained intact through the development of the modern time.

You will have a chance to swim and snorkel in the crystal clear sea. Lunch will be served at a traditional restaurant on one of the Kornati Islands. Sail back to Zadar in the late afternoon and transfer to your hotel.

After breakfast depart for Split, the second largest city in Croatia and the city that has it all: Roman ruins and grand museums alongside fashionable cafes and trendy shops.

Meet with your local guide and set off for a tour of Split. Your journey through ancient history starts with the fact that the Roman emperor Diocletian was born in the nearby important Illyrian center and the capital of the Roman province of Dalmatia - Salona. He ordered the construction of one of the most well-preserved palaces of that time in the nearby town of Split.

Along with your professional city guide you will continue the sightseeing journey to the 1700-year-old Diocletian's palace in Split, a UNESCO protected site. You can imagine how the life of Diocletian was like within the walls of the palace.

During the tour you will stop to see the Cathedral of St Duje, one of the most beautiful cultural wonders on the Adriatic coast. You will see the ancient cellars, the Peristyle in the center of the palace, Roman temples, the famous Golden Gate and the big statue of Grgur Ninski.

On this walking tour you will get to know Split and its history in an interesting way. After lunch and some free time for shopping you will continue to Dubrovnik.

After breakfast, a morning city tour of Dubrovnik.

Your local guide will take you to the most wonderful and hidden streets of the city.

Explore the Dubrovnik City Walls (UNESCO Heritage Site) and enjoy a unique view of the Old Town of Dubrovnik including its narrow streets and small squares. Lunch will be served at the hotel restaurant.

This evening there will be a special farewell dinner at one of the most famous Dalmatian restaurants called "Konoba" where you can sample delicious local dishes and listen the sounds of a "Klapa", a traditional Dalmatian group.

Today you will be transferred to the Dubrovnik airport for your international flight. 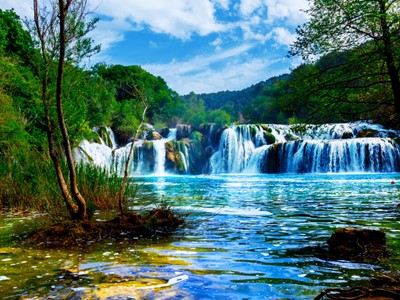 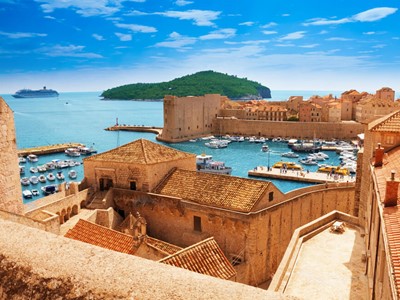 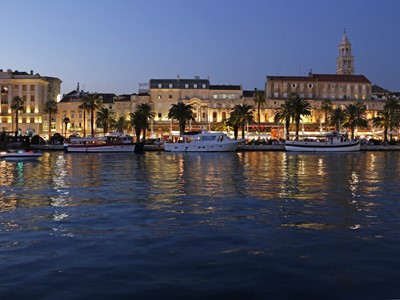 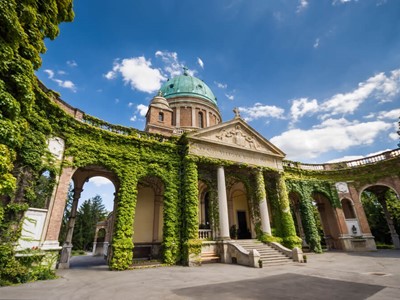 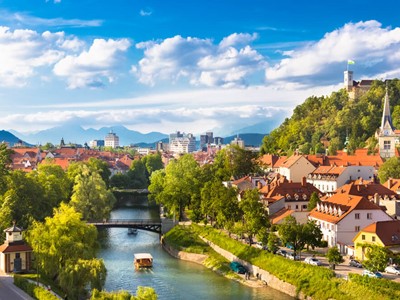 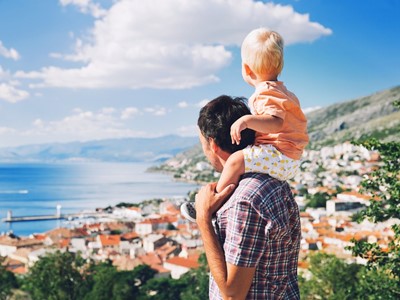 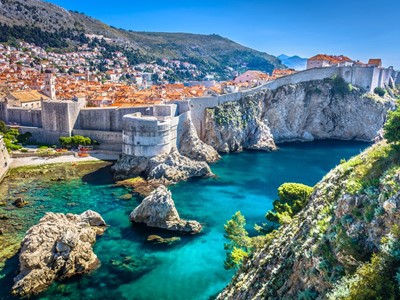 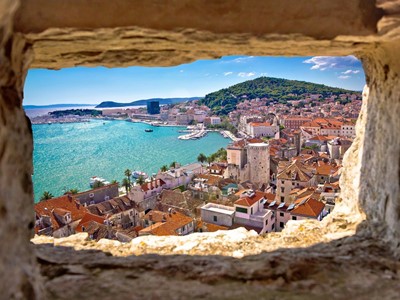 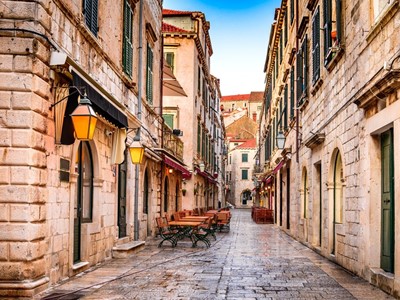 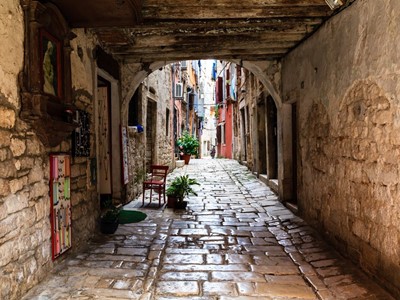 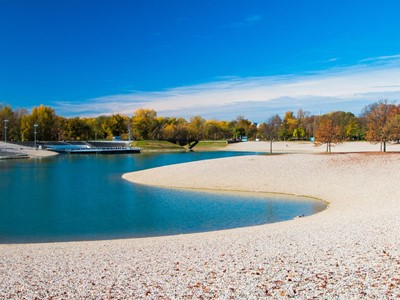 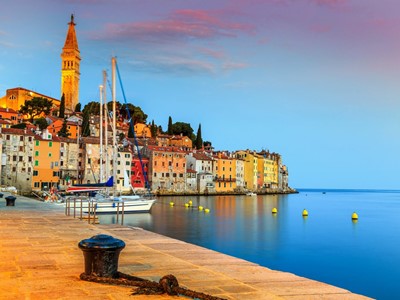