Visit El Salvador, Honduras, Guatemala and Belize for
10D/9N Starting at $3595 per person

Visit 4 countries in 10 days on this archaeological, ethnological, cultural, historical and natural trip through Central America. 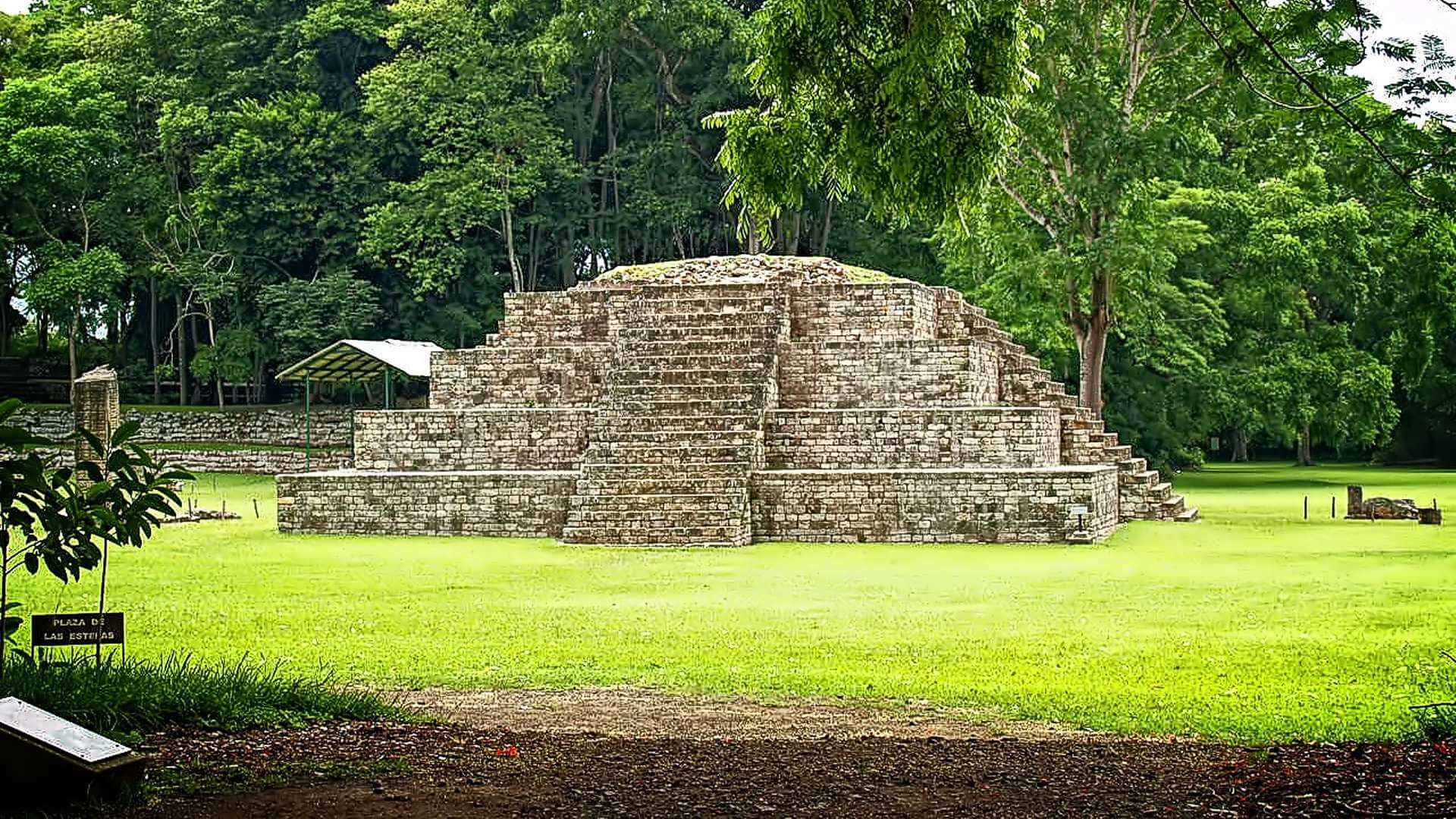 In San Salvador you will visit the historic center of the city with the church el Rosario, National Palace, National Theater, and the Metropolitan Cathedral, where the remains of Monsignor Romero rest. From here you visit the Anthropology Museum David J. Guzman with many archeological finds on display giving you a good idea of El Salvador’s history. You will then visit a small handicraft market.

After lunch (included) you will visit the archeological site of Joya de Ceren which was declared a UNESCO World Heritage Site in 1993 for being the only location in the entire Mayan culture where you can appreciate the day-to-day lifestyles of the popular pre-Columbian inhabitants. This was not a ceremonial site but a Mayan farming village. Joya de Ceren was buried under 14 layers of ash by several eruptions of volcanoes.

The villagers were apparently able to escape in time – no bodies have been found – although they left behind utensils, ceramics, furniture, and even half-eaten food in their haste to escape. Perhaps even more important than the buildings are paleoethnobotanical remains found at the site. The low temperature of the wet ash from Loma Caldera, as well as its rapid fall, ensured the preservation of much of the plant material.

Of great importance was the discovery of manioc fields, the first time manioc cultivation had been found at a New World archaeological site. Although the manioc had long since decomposed, researchers created plaster casts by filling the resulting hollows in the ash. The farmers had planted the manioc "just hours" before the eruption.

Then off to one of El Salvador’s Mayan ruins, San Andres, which was inhabited by Maya between AD 600 and 900. This early establishment was vacated by the year 250 because of the enormous eruption of the caldera of Lago Ilopango, and was occupied again in the 5th-century, along with many other sites in the valley of Zapotitán. Between 600 and 900 AD, San Andrés was the capital of a Maya polity with supremacy over the other establishments of Valle de Zapotitán.

Archaeology demonstrates that San Andrés had strong contacts with Copán and the Guatemalan Highlands, and received goods from such distant places as the present territories of Petén and Belize. San Andrés collapsed as a political center towards end of the 9th century. There is nice small museum on site. Lunch is included today.

You will visit the town of Chalchuapa and Tazumal - the most important and impressive Mayan Archaeological site in El Salvador.

From Tazumal you go to another archaeological site - Casa Blanca - where you can see a workshop producing indigo (añil) dye from pre-Classic and Classic periods of Maya. Indigo is a natural colorant extracted from the Xiquilite plant. It was a very important element for the Mayans since they used it for magical/religious rituals, as a medical plant, for pottery and for painting.

When the Spanish “Conquistadores” arrived in El Salvador in 1524, Indigo became the new source of wealth in the region when indigo was being exported to Spain. Your tour will be led by an archaeologist. After lunch transfer to Copan, late-afternoon arrival. Lunch is included.

Privately-guided tour by an archaeologist of the mystical Mayan ruins, where you will be able to witness the ancient Mayan culture.

The ruined citadel and imposing public squares reveal the three main stages of development before the city was abandoned in the early 10th century. Copan with its temples, plazas and terraces, comprises a type of architectural complex among the most characteristic of the Mayan civilization. The lengthy inscription on the Hieroglyphic Stairway Plaza is of considerable historical significance.

You will visit the Museum of Mayan Sculpture, acclaimed by experts as unique in the Mayan World. A masterpiece within the museum is the exact size replica of the famed Rosalila Temple, discovered in 1989. Lunch is included and will be served in the quaint colonial town of Copán Ruinas.

At the nearby Las Sepulturas, there are a series of ancient courtyards and palaces that have been nicely restored and give you a sense of the complexities of ancient society.

Meet your driver in the hotel lobby and depart for Antigua.

This transfer takes approximately 6 hours, passing through border formalities en route. Antigua is among the world’s best conserved colonial cities in the Americas.

It is a magical and captivating small town that makes you feel like time stopped 300 years ago. From its colonial architecture to its beautiful surroundings, strolling through town on the cobblestone streets, you will experience the splendors of ancient times.

Enjoy dinner at the Hotel Posada Don Rodrigo and, afterward, a traditional dance show with traditional costumes and music. Overnight accommodations at a hotel in Antigua. Dinner and show included.

After breakfast at the hotel your guide will meet you in the hotel lobby for your Avocado Tour.

During the Avocado Tour you will travel through Mountains to the entrance to the farm. You will visit the nursery, learn about the different stages of the tree, walk through the plantations. After this you will visit the processing plantations and at the end you will learn how to prepare your own guacamole and enjoy it with some fresh tortillas.

After the Avocado tour you will be transfer to Guatemala City. In the afternoon you will visit the Archeological Museum. The National Museum of Archaeology and Ethnology is a Guatemalan institution for the preservation and exhibition of archaeological and ethnological relics and artifacts belonging to the cultural and historical heritage of Guatemala. It is also a National Museum dedicated to the research of the important Mesoamerican cultural heritage of this nation.

After breakfast at the hotel your driver will meet you in the lobby and transfer you to the Guatemala City Airport for your flight to Flores. Your guide will meet you at the Flores Airport upon arrival.

Transfer to Tikal National Park for your tour of Tikal. Your guide, joined by an archaeologist, will show you the layout of the temples, architecture, history, some theories of why they disappeared. You may spot a few monkeys, parrots, macaws and toucans on site. After the tour lunch will be served at a restaurant in the middle of the jungle.

After lunch you will be transfer back to your hotel. Lunch is included.

Optional Yaxha Sunset tour (not included in trip cost): Yaxha is an archaeological site and ancient ceremonial center of the Mayan civilization situated in the northeast of Peten. This site is a mixture of archeology, beautiful landscapes and ecology. With more than 500 structures in the site, including 40 stelea, 13 altars and 9 pyramids this site is a must when visiting the area.

The sunset atop one of the temples on a clear day is simply stunning shared with some snacks to enjoy the moment.

After breakfast at the hotel your driver will meet you in the lobby for the transfer to the Belize border.

After passing through border formalities your Belizean driver will meet you and continue the transfer to San Ignacio. On the way to San Ignacio you will stop at the popular Mayan Site of Xunantunich.

To reach to the site, there is a short ferry ride across the Mopan River followed by a 1-mile drive to the main entrance. The center is composed of six major plazas surrounded by more than 25 temples and palaces.

The largest pyramid, El Castillo, is well-known for the frieze or band of stucco decoration which at one time extended around the entire temple. El Castillo rises 40 meters above the main plaza and offers an impressive panoramic view over the Mopan River Valley including views to Guatemala. After the tour, continue on your hotel.

After breakfast at the hotel depart on a 2-hour drive to Belize City. On the way you will go cave tubing.

You will meet your guide at the park who will outfit you with gear, give you a safety briefing and lead you on your jungle trek to the clear waters of the Caves Branch River.

Jump onto your tube and feel the excitement as you float into mysterious limestone archways beckoning you into the mouth of centuries-old caves, holding untold stories of Maya rituals. Explore the many awesome formations that decorate these amazing caves and learn about the trees and jungle that surround them.

Feel the rush of cool water as you meander into small rapids, letting the currents guide you where they will. After the excursion continue by car to Belize City. 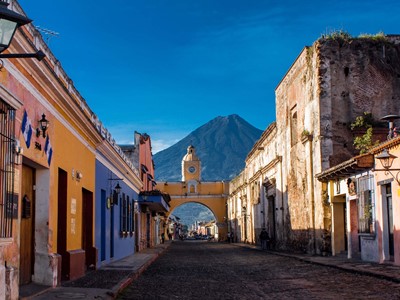 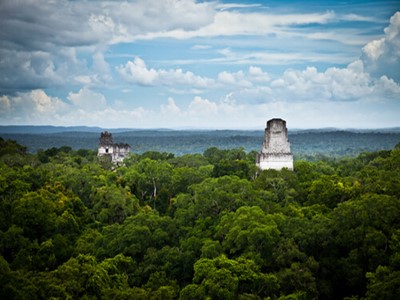 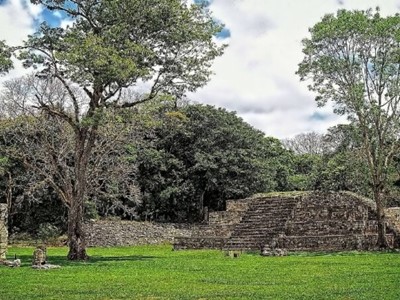 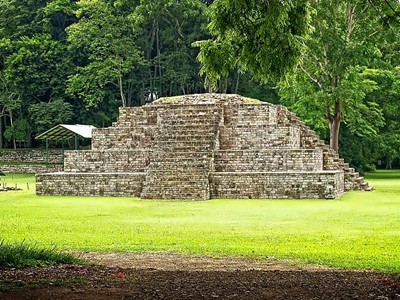 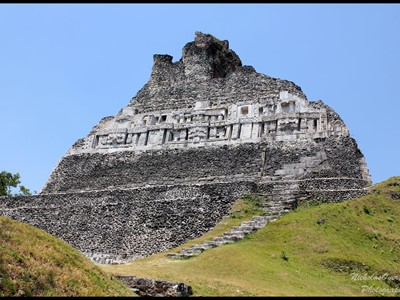 Everything worked out smoothly. We especially liked the relaxed and engaging attitudes of all the guides and transfer personnel. There was never a feeling of panic or too-tightly wound control. A work of art, really!