Flying into Leh, the former capital of the Himalayan kingdom of Ladakh, feels more like landing on the moon than landing in India.Its harsh, mountainous terrain is starkly beautiful and very dry, due to its high altitude and cold desert climate. 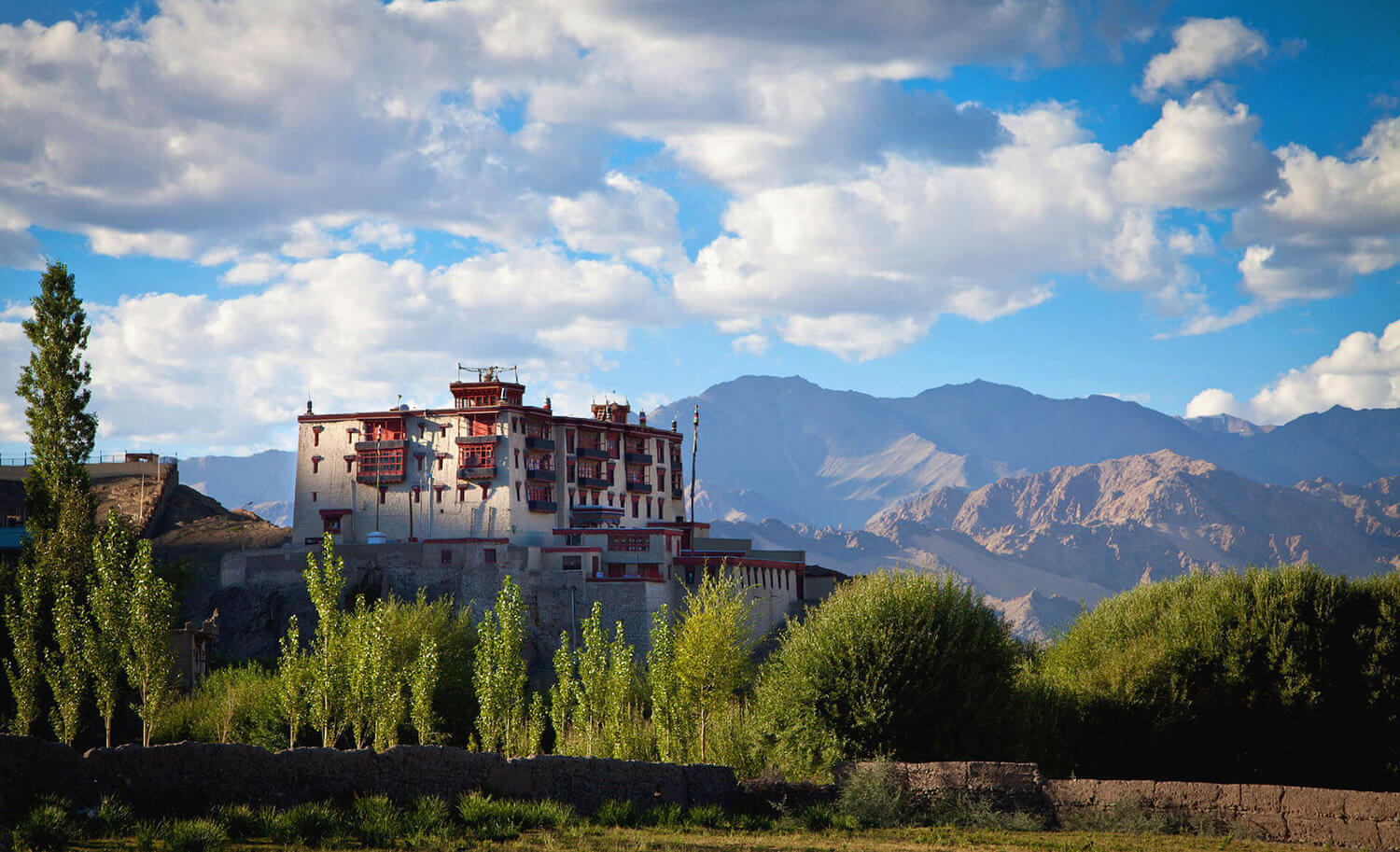 Dotted with stupas and whitewashed houses, the Old Town is dominated by a dagger of steep rocky ridge topped by an imposing Tibetan-style palace and fort.

You will be met at the Delhi Airport and transferred to your hotel. Overnight at the Hotel Imperial, breakfast included - 2 nights.

After breakfast, set off for a guided tour of Delhi.

The tour begins with a visit to the magnificent Red Fort followed by a cycle rickshaw ride through the narrow lanes of the fascinating bazaar in Old Delhi.   During the tour, you can visit the fascinating spice market in old Delhi in Khari Baoli area.

Sunder Nursery gardens is a 16th century heritage park complex adjacent to Humayun’s Tomb. Originally known as Azim Bagh built by the Mughals in the 16th century, it lies on the Mughal-era and is spread over 90 acres.

It contains 15 heritage monuments. It has over 300 types of trees, making it Delhi's first arboretum. During the British rule, the nursery was established to grow experimental plants, which gave it its current designation as a nursery.

You will be transferred to Delhi airport early this morning to board your flight to Leh (3500 m/11500 ft).

On arrival, you will be met by the local representative and transferred to your hotel. On this day, it is important for you to take it completely easy to allow for good acclimatization, taking plenty of liquid and relaxing.

In the evening at dinner Raja Jigmed of Stok will join you and will talk to you about his family, Ladakh and some of the reconstruction and restoration work he is doing through his NGO, NIRLAC (Namgyal Institute for Research on Ladakhi Art and Culture)

This morning, you can still take it easy for further acclimatization and then go out for a half day sightseeing only after lunch. You will be taken by a Ladakhi guide to walk in Leh's main bazaar and visit two local sites, Shanti Stupa and Shey Monastery.

Shanti Stupa - Dominating Leh from a high, rocky ridge, this gigantic white-spired pudding of a stupa was built in 1991 by Japanese monks to promote world peace. You can circumambulate to canned mantras and meditate in the Buddha Hall, but the greatest attraction is the stunning view over Leh.

Ideally, make the breathless 15-minute climb when golden afternoon light still illuminates the city but the steps up from Changspa are already bathed in cooling shadow.

Shey Monastery - 15 kms south of Leh was constructed by the first king of Ladakh, Lhachen Palgyigon and of successive kings. Around 12 ft Shakyamuni Buddha’s statue made by copper guilt is the largest in the region, built by Deldan Namgyal in 1633 is a funerary memorial to his father, King Singee Namgyal.

There is another statue of the Buddha three stories in height at Dresthang down the castle. Stone carving and many chortens are scattered around the Dresthang Gompa. On the 30th day of the 1st Tibetan month celebrates Shey rul-lo and on the 10th day of the 7th Tibetan month the festival of Shey Surb-lo is held.

This evening visit a local home in the village for a culinary class and home cooked meal. Interact with the host family and learn about the Ladakhi lifestyle.

After breakfast, check out and do a short drive to Likir where you visit the monastery atop a hill, upstream of the village.

Here you meet the trek staff and mules and thereafter commence trek to Yangthang (3630m). The trail passes over a small pass of Phobe La (3550 meters) and Charatse La (3650 meters). Arrive Yangthang and camp near the stream. Drive - 45 kms, 1.5 hours. Overnight at a private trekking camp, all meals included.

After breakfast, gear up for the day ahead.

You walk alongside the river and trees amidst the gorge to the Rizong Monastery, which is isolated at the back of a natural amphitheater and has three main rooms to visit, two with large Buddhas and third with a large stupa.

After visiting the gompa, you ascend gradually to the Shushut pass (4000 m). From the pass you will have a view of Hemis Shukpachan as well as surrounding peaks. An easy descent towards your camp at Hemis Shukpachan (3600m) takes a couple of hours.

It is one of the major villages of Sham, and the name of the village is derived from the conifers (shukpa cedar or juniper). Visit the village for photography and interaction with the locals. Trek - 6-7 hours, total.

Overnight at a private trekking camp, all meals included.

From Hemis Shukpachan you go onto a flat ground as far as ill-defined pass alongside the Chortens (stupas). A steep descent will lead you to the right side of the mountains and climb steadily on the slope towards the Mebtak La (3720 m). After a short rest and enjoying the view from the pass, you head down to the village of Ang.

From Ang, you head towards the south on the dusty jeep road to the village of Thimsgam Thimsgam, is well famed for its monastery, and is perhaps the most affluent village in the Sham valley for its apricots, apples, nuts and beautiful houses.

Here you meet your transport followed by drive to visit the famous and ancient Lamayuru Monastery – the oldest monastery of Ladakh. Thereafter, proceed onwards to Alchi Village for overnight stay, with a visit to the village for photography.

The village of Alchi is unmissable for the murals and carvings of its world-famous temple complex, founded in the early 11th century by ‘Great Translator’ Lotsava Ringchen Zangpo and one of the Himalaya's great artistic treasures.

After breakfast, depart for Nubra Valley via the Khardung La pass. Drive - 6-7 hours.

This is one of the highest motorable roads in the world, passing over the Khardung La pass at a height of 5602 m. The road begins from Leh itself and winds its way up to reach the Khardung La. The views from here are magnificent and take in the Zanskar and Karakoram ranges.

After this you descend to Shyok Valley in Nubra. From the hamlet of Khalsar, which is at the far end of Shyok Valley the trail divides, one heading up along the Nubra River to the Siachen Glacier and the other to the villages of Bogdang and Turtuk, which were once a part of erstwhile Baltistan, now a part of Indian-administrated Kashmir.

On arrival in the valley, proceed to your resort for check in. Later visit Hunder village and take a brief Bactrian camel ride.

Nubra lives up to its name which means 'Garden or Green Valley' with numerous apple and apricot orchards dotting its landscape. Lying approximately 400m lower than Leh, Nubra sports a much milder climate, which enables its inhabitants to cultivate more extensively, as compared to their counterparts in the main Indus valley.

The main crops grown here are wheat, barley, millet, and onions. There is plentiful birdlife in Nubra and amongst others, redstarts, wagtails, Indian Eagle Owl, hoopoes, various types of kites and eagles, choughs, and partridge.

Hunder - is a pretty village set among lots of trees and mingling streams and is about 7km from Diskit. Between Diskit and Hunder is an area of sand dunes, not unlike the Sahara region if one ignores the snow-capped Alps like mountains in the background. The Gompa here is about a 2km walk above the village.

It is completely deserted and quite eerie. There is only a small Buddha statue and some frescoes, but the climb is worth it for the views and atmosphere. Hunder has a palace, deserted 50 years ago and now belonging to the Hunder monastery. Hunder is a pretty village full of religious and historical sites including the palace and monastery and a huge Chorten arch with fine paintings in the dome.

Set amidst scenic mountains and greens Samstanling is a popular monastery which showcases the traditional touch with shades of gold, red and white. It houses about 50 monks. Afternoon free for independent activities.

After breakfast, check out and drive to Pangong Tso (4350m).

Made famous by the Hindi blockbuster ‘3 idiots’ Pangong lake is mesmerizing. The lake is washed in surreal palates of blue. The stark beauty and the serenity remain long after you have left the lake side. Remainder of the day is at leisure to walk around and for many photographic opportunities.

Overnight at a Hermitage at Pangong. All meals included today.

After breakfast, check out by 0900 hours and drive to Leh, visiting Thiksey monastery enroute.

Thiksey is an imposing monastery and one of the finest examples of Ladakhi architecture. This Gompa is situated on the top of the hill and part of the Gelukpa order.

The 12-story monastery complex contains numerous stupas, statues; Thangkha, wall paintings, swords and a large pillar engraved with the Buddha's teachings, there are sacred shrines and a many precious objects to be seen. The successive reincarnation of the Skyabje Khampo Rinpoche act as in charge of the monastery. The main prayer hall has a 15-meter-high-seated Buddha figure.

In the afternoon, visit the Leh office of the Snow Leopard Conservancy Trust India (weekdays during office hours only). Interact with the staff and learn about the good work being done by them in partnership with the local communities to preserve this beautiful mammal.

Thereafter, proceed to your hotel in Stok Village, for the night.

Your travel dates can coordinate with one of Ladakh's many festivals.

Enjoy the colorful Ladakh festival which is a celebration of the rich cultural heritage of Ladakh spread over 4 days. The activities include archery competitions, polo matches, masked dances from the monasteries and dances by cultural troupes from the villages. There is also a grand procession/parade with musicians, dancers and cultural troupes.

Another day to explore Leh.

We drive back to the Leh Airport for our flight to Delhi.

You will be met at the Delhi Airport upon arrival and transferred to the Hotel Imperial. You will have the day-use of a room until your transfer back to the airport for your evening flight. 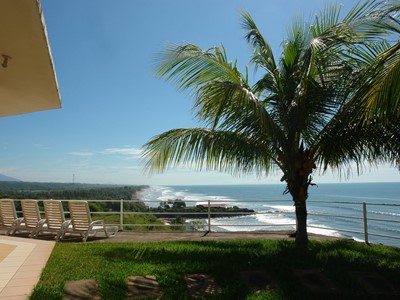 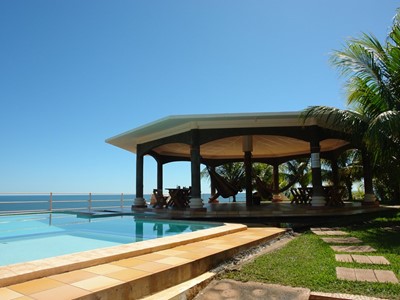 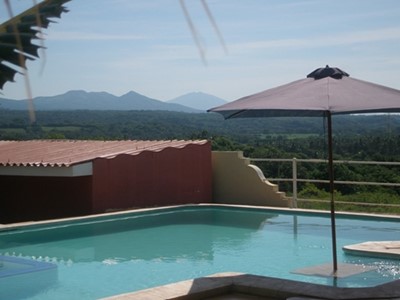 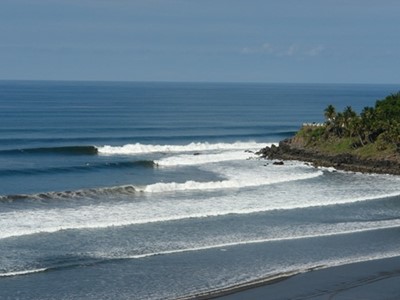 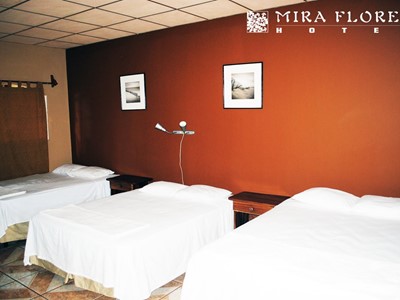 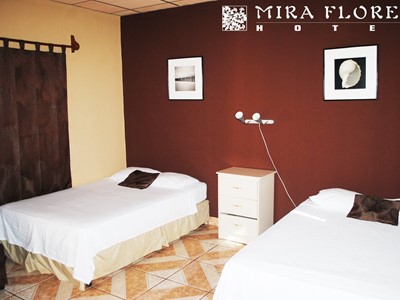 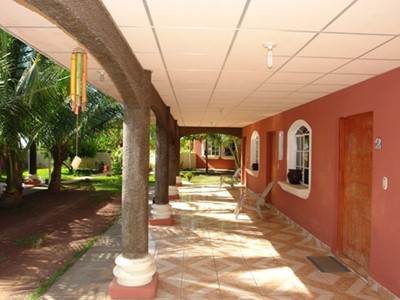 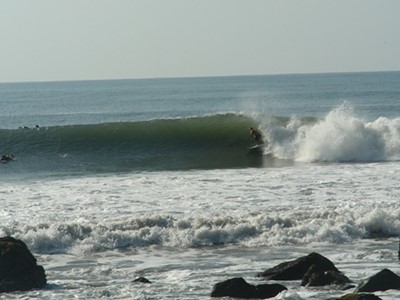 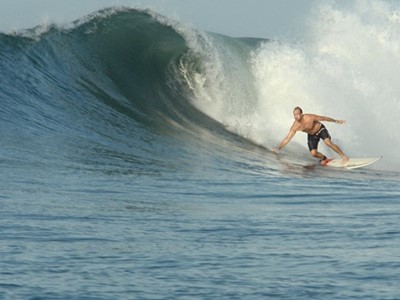 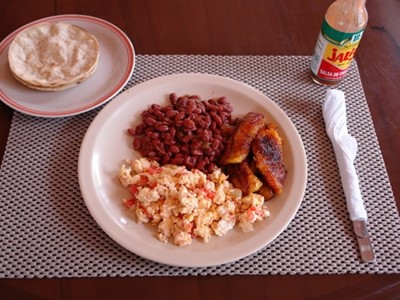 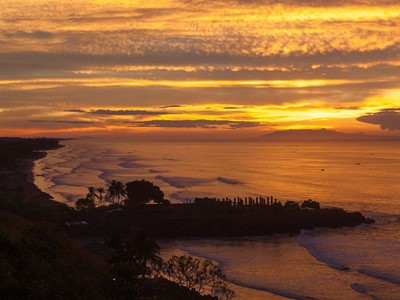 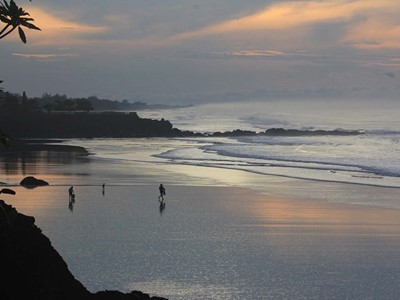 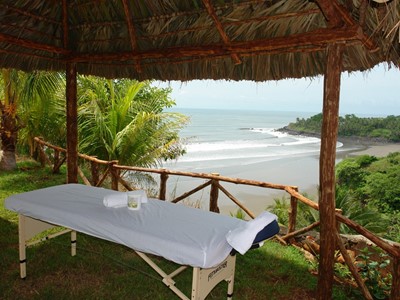 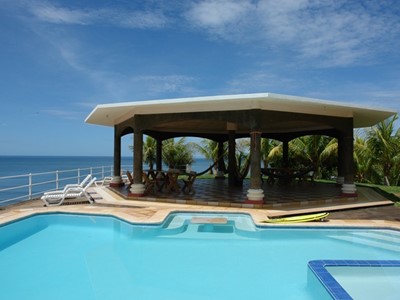 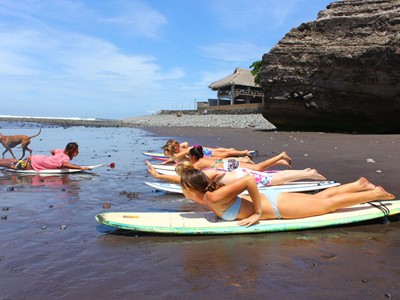 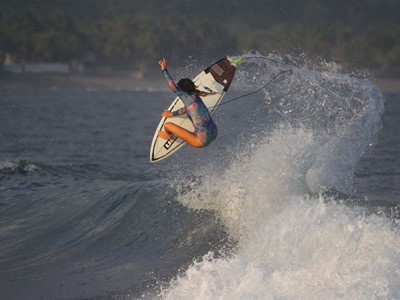 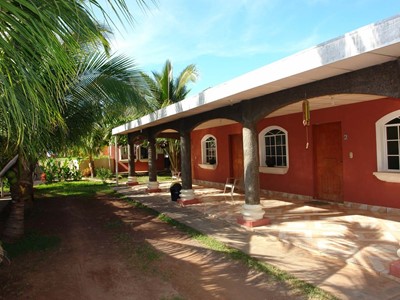 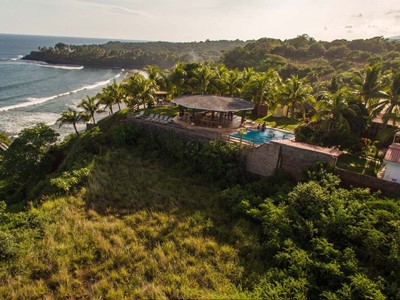 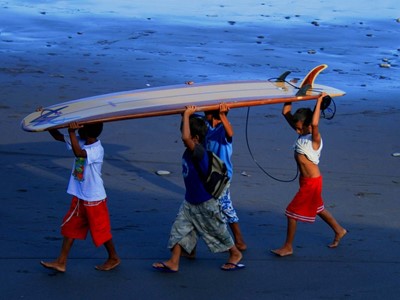 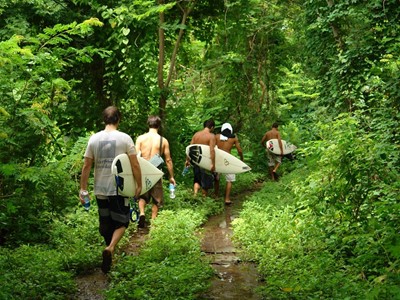