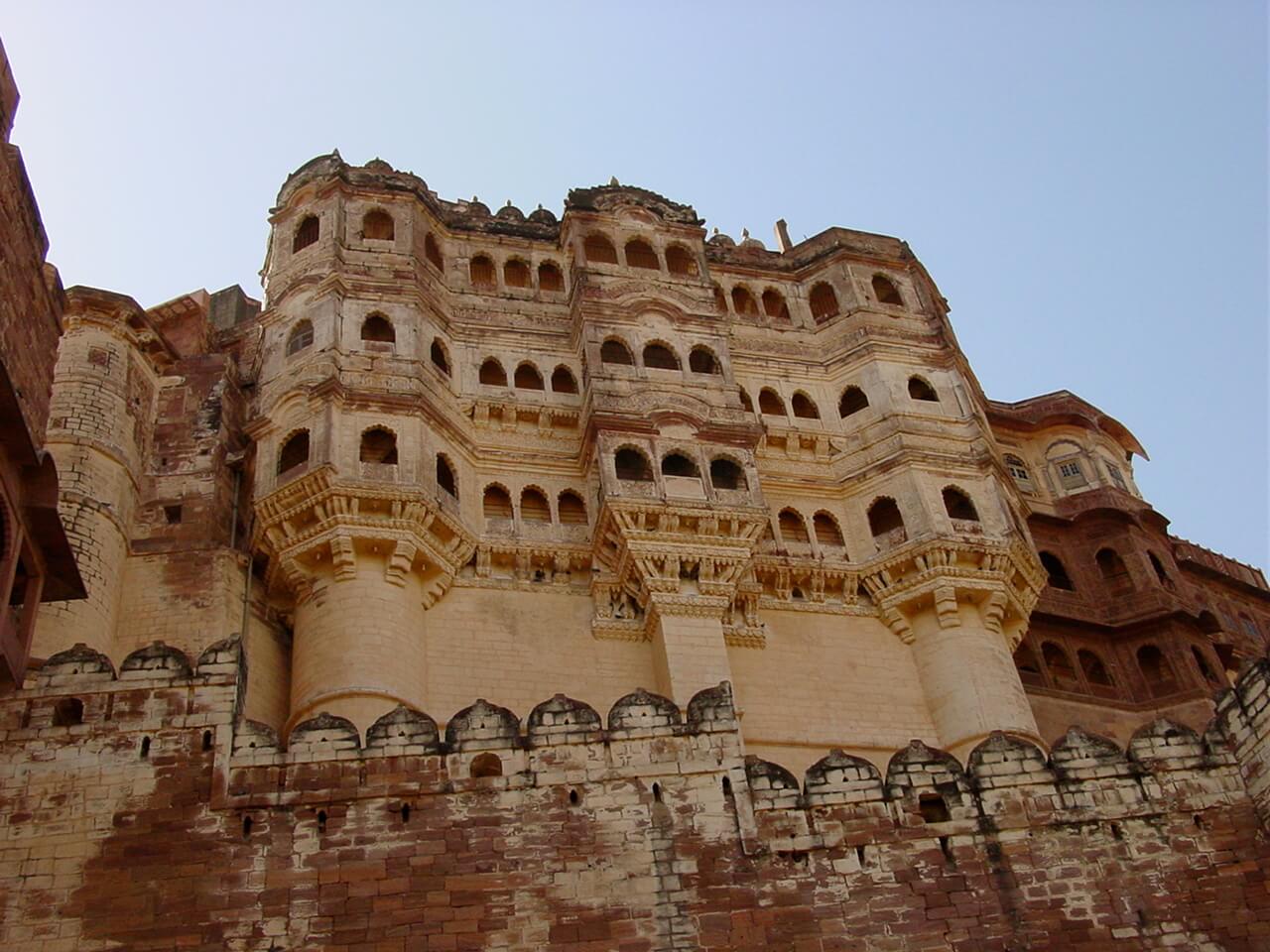 "The work of angels, fairies and giants… built by titans and coloured by the morning sun… he who walks through it loses sense of being among buildings. It is as though he walked through mountain gorges." Rudyard Kipling's description of Meherangarh Fort.

After breakfast, proceed on a guided tour of Delhi which includes all three of the city’s world heritage sites.

The tour begins with a visit to the magnificent Red fort followed by a cycle rickshaw ride through the narrow lanes of the fascinating bazaar in Old Delhi.

Note – The Red Fort is closed on Mondays.

Drive through the streets of New Delhi with sights such as India Gate, The Presidential Palace and Parliament house to get a feel for the grand new city that Sir Lutyens built in the early 1900s.

Sunder Nursery gardens is a 16th century heritage park complex adjacent to Humayun’s Tomb. Originally known as Azim Bagh built by the Mughals in the 16th century, it lies on the Mughal-era and is spread over 90 acres. It contains 15 heritage monuments. It has over 300 types of trees, making it Delhi's first arboretum. During the British rule, the nursery was established to grow experimental plants, which gave it its current designation as a nursery.

After breakfast, check out and depart for your transfer to land of the Mughals – Agra. (200 kms/4-5 hours)

After lunch, your guide will take you on a guided tour of the main attractions of the Mughal city.

Like Delhi, Agra stands on the Right Bank of the river Yamuna. The romance of the world’s most famous building still astonishes in its power. In addition to the Taj Mahal, Agra houses the great monuments of the Red Fort and the Itmad-ud-Daulah.

Agra Fort – with the Taj Mahal overshadowing it, one can easily forget that Agra has one of the finest Mughal forts in India. Construction of the massive red-sandstone fort, on the bank of the Yamuna River, was begun by Emperor Akbar in 1565. The builder of Taj Mahal Emperor Shah Jahan was kept there as a prisoner by his own son.

Mehtab Bagh - This park originally built by Emperor Babur is now one the best places from which to view the great mausoleum of Taj Mahal. The gardens in the Taj are perfectly aligned with the ones here, and the view of the Taj from the fountain directly in front of the entrance gate is a special one.

This morning (around 6:00am) your guide will take you on a guided sunrise tour of the Taj Mahal.

Taj Mahal, the pinnacle of Mughal architecture, was built by the Mughal emperor Shah Jahan (1628-1658), grandson of Akbar the Great, in the memory of his queen Arjumand Bano Begum, called ‘Mumtaz Mahal’.

Return to your hotel for breakfast. After breakfast in the hotel, check out and later drive to your next destination the Ramathra Fort which lies between two of India's famous wildlife reserves, the Keoladeo Ghana Bird Sanctuary in Bharatpur and the Ranthambore Tiger Reserve in Sawai Madhopur.

The fort, the lake and the surrounding countryside are the three big attractions of Ramathra. This evening enjoy a ride in a row boat in the Kalisil dam. It is peaceful & picturesque with breath-taking views of the sunset & the area is rich with birdlife. You are provided life jackets, a bird book and a pair of binoculars.

Ramathra was granted as a jagir (fiefdom) in 1645 AD to Thakur Bhoj Pal by his father the Maharaja of Karauli. The name Ramathra honors Lord Rama, who, it is believed, camped here while on his epic journey to Lanka. Today, Ramathra Fort belongs to Thakur Brijendra Raj Pal and his family who are descendants of the founder.

Around 6:30am, proceed with a local guide for a 3-4 hour walking tour of Ramathra village, a small hamlet of farmers and cattle herders. You may see all kinds of work associated with tending crops and animals. This walk includes visit to a school and a farm owned by the family who runs the fort-hotel. Return to the fort around for breakfast and rest.

Enjoy a hot picnic lunch on an island with great views, accessed by a rowing boat. You return to the fort in the afternoon. Late afternoon enjoy a trek to the ruins of the old fort and back.

After breakfast, depart for the drive to the pink city of Jaipur (180 kms/3-4 hours). In the evening, proceed to Dera Amer camp on the outskirts of the city, where you interact with the elephants feeding and accompanying them for a walk -all in the privacy of an exclusive wilderness venue. In the evenings there would be a private bonfire and barbecue dinner, the venue lit by lanterns and lamps. This is a memorable experience of a lifetime.

Later you will return by car to the hotel. Overnight Royal Heritage Haveli, breakfast included - 2 nights.

Today, you will get lost in the royal city as you discover its magic with a tour guide.

Amber Fort: The old capital of the Kachhwaha stands atop a range of hills. The fort is remarkable as much for the majestic grandeur of its surroundings as for its sturdy battlements and palaces. It is a fine blend of Hindu and Muslim architecture.

Next visit the Anokhi museum of hand printing, to understand the on-going revival of traditional textile skills. Located in a magnificently restored mansion, the museum displays a varied selection of block printed textiles alongside images, tools and related objects – all chosen to provide an in-depth look into the complexity of this ancient tradition.

Jantar Mantar Observatory built in the 18th century by Maharaja Sawai Jai Singh II, the huge masonry instruments were used to study the movement of constellations and stars in the sky. The enormous sundial still provides accurate time.

After breakfast, depart for the drive to your next destination of Deogarh town in the countryside (275 kms/5-6 hours).

Overnight Devshree, breakfast. Devshree is a stately home at Deogarh which reflects a past of the heritage of Bhavna and Shatrunjai Singh, members of the local princely family that dates to the 6th century. Being traditionalists at heart, they involved as many local crafts people as possible to create a wonderful home away from home.

In the evening, enjoy a guided walk through Deogarh town passing through the potters’ street and farmers houses- Connecting to the high street – trading part of the town, reaching the central Square called Manak Chowk and coming Bagh Via the Ker Ghati residential street of the more affluent town folk (comparatively). Distance covered – 2 Kms / 1.5 hours duration.

Deogarh is a charming rural town located with the Aravali hills in the backdrop. Quaint and on the cusp of development, it is a perfect break to explore rural India and its simple folk.

This morning, board a rural 1930’s train to ride through a wooded hill section. Rudyard Kipling wrote about it in his book` Man who would be King.” A unique feature of Deogarh Mahal is the rural rail, travelling from Kamblighat to Phulad (departs at 1030 hours and arrives Phulad Station at 1215 hours approximately- Timings subject to change) through wooded hills on a restored 1930s era train.

These tracks were laid in 1894 when steam engines were still in use. As you chug along, the train making wide, sweeping arcs through the Aravalli’s, you may have to stop more than once for the driver to check his brakes. The view outside is breath-taking. The ground beneath your feet seems solid one moment, and then, like a trapdoor, suddenly swings out on its hinge to lead you onto a narrow, rickety looking bridge, taking you across a steep gorge. Return to the hotel.

Late in the afternoon enjoy a drive through a pastoral setting where one explores the natural surrounding with people tending to their fields and cattle and living in complete harmony with nature.

The drive than leads to a lake side where light refreshments are served. These lakes attract a lot of the local migratory birds and small animals that are lovely to watch with the sun set as a back drop.

Late morning check out and proceed on short drive to the nearby rural outpost of Narlai (70 kms/2 hours). In the afternoon, proceed on a Jeep safari to spot endangered leopards.

The rugged Godwad countryside around Narlai suits the leopards and over a period the number has increased. Experience the thrill of customized ride on jeeps for a sighting of this beautiful and graceful cat.

Not easy to spot as they blend very well into the background, these cats can sometimes be seen sunning themselves on the rocks or resting under the shade of a tree. Unlike the lions, leopards do not stay in a pride and are solitary by nature and have large territories that they roam in. But sometimes they can be spotted in pairs.

The 15th century old village of Narlai is a sleepy hamlet, delightfully tucked between Udaipur and Jodhpur cities, and is a great place to explore the local countryside. The village is popular for many temples, rocky landscapes and the community of Rabari tribe.

Taste the flavor of true Rajasthani Royal hospitality at the 16th-century old Baoli (Stepwell) of Rawla Narlai this evening over a special private dinner.

After breakfast, check out and depart for the blue city of Jodhpur (140 kms/3-4 hours).

Jodhpur stands at the edge of the Thar Desert and is the largest city of Rajasthan after Jaipur. Dominated by the massive Meherangarh fort, topping a sheer rocky ridge, which rises right in the middle of the town. From the windows of the palace, one can see the blue-wash Brahmin houses. For the Rajput princes the Brahmins represented a vital avenue to authentic power.

This afternoon, visit one of India’s best Museums located in a fort.

Meherangarh Fort: 400 feet above the city of Jodhpur, enclosed in sturdy imposing walls, is the Meherangarh Fort. Inside, myriad palaces and courtyard still stand, famous for the intricate carvings on their walls and the prints of cannonballs from battles against Jaipur armies are tattooed on its facade. The museum within the fort walls is one of the better stocked in Rajasthan, displaying the heritage of the Rathores in arms, costumes, paintings, and decorated period rooms.

Later proceed on a guided walk with a naturalist in the Rao Jodha desert Park created in 2006 to restore the natural ecology of a large, rocky wasteland. Duration – 1 hour. The park is crisscrossed with walking trails that take you up to the city walls, spotting local and migratory birds, butterflies and reptiles.

Return to the hotel at the end of the walk in your vehicle. This evening a farewell dinner is organised at the hotel restaurant as you reminisce over the past few days and swap stories. 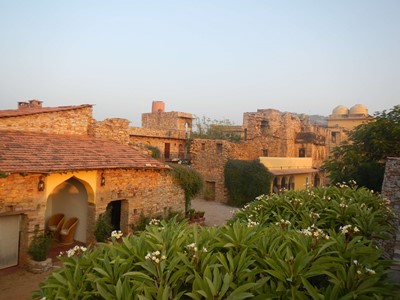 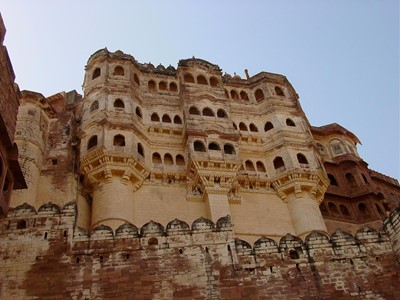 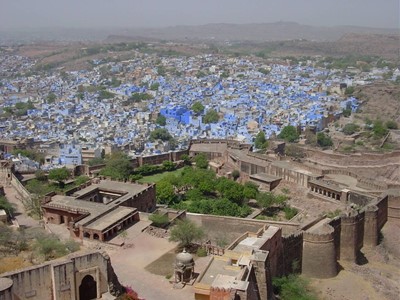 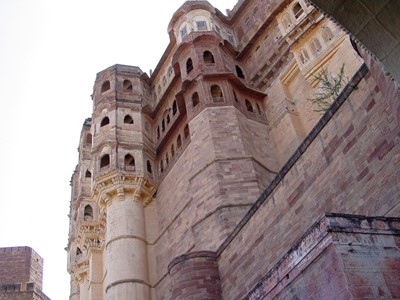 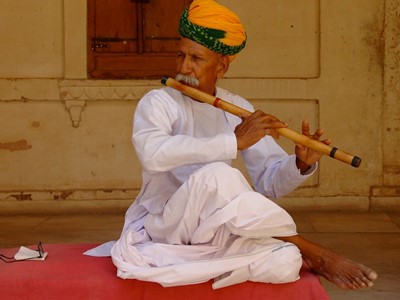 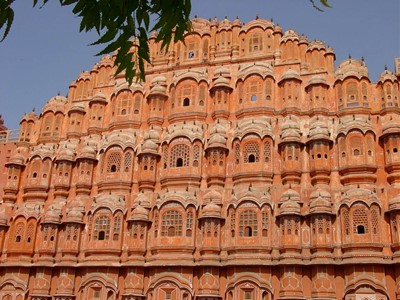 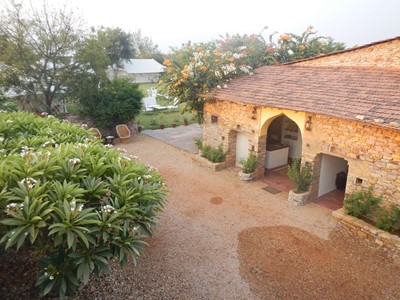 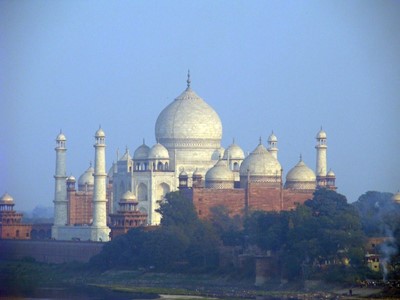 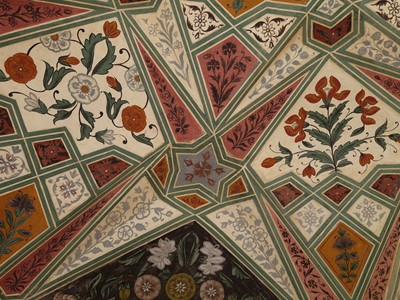