A comprehensive tour of Panama, from the Canal to the Chiriqui Highlands to the Caribbean coast for
8D/7N Starting at $2835 per person

A country so small yet filled with exuberant rainforests, wildlife and a rich cultural heritage.

Discovering Panama includes meeting the Embera Indigenous People, admiring the Miraflores Locks and the Panama Canal Expansion, a ride on the Panama Railway, exploring the Panama Canal waters and observing wildlife, and flying through the canopy on a zipline. 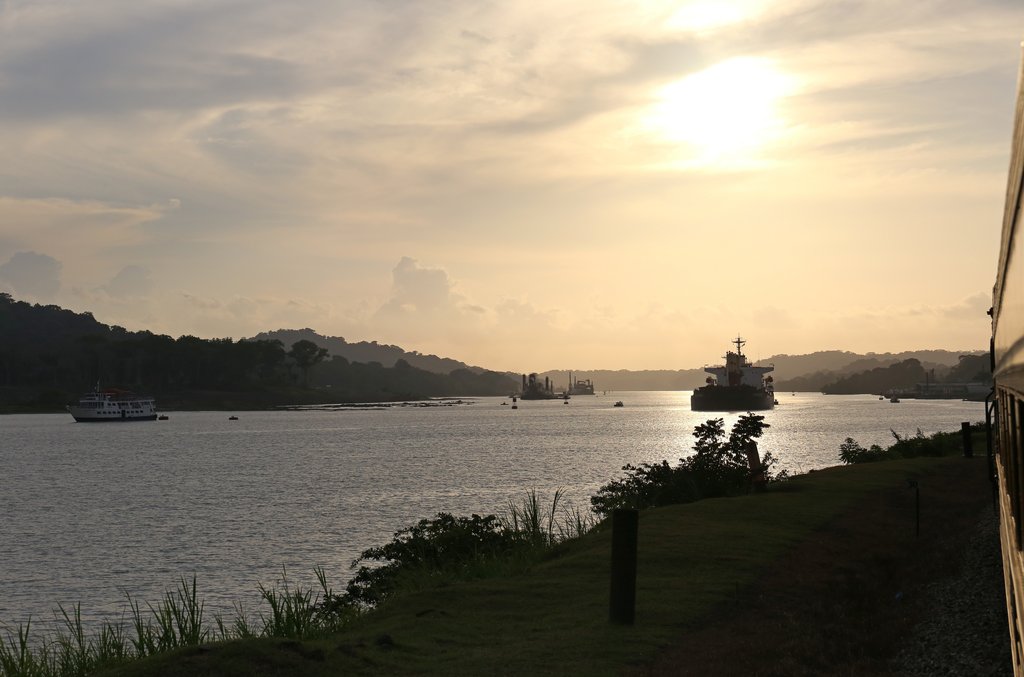 Or try an interactive coffee experience, hiking in cloud forests of the Chiriqui highlands searching for the elusive Resplendent Quetzal, and exploring the marine world of the Caribbean Sea in Bocas del Toro.

Arrive in Panama City and transfer to your hotel for an evening of leisure.

Embera Indians On Gatun River
Depart your hotel for a 1 1/2-hour drive across the Isthmus towards Colon for a cultural visit an Embera indigenous village on the shores of the Gatun River. You will board a motorized piragua (dugout canoe) and travel up through lush forest to the community.

Along the river you may be able to spot Little Blue and Green Heron, Great Egret, Anhingas, Neotropical Cormorant, Amazon, Ringed, and Green Kingfishers, along with Keel-billed Toucans and Ospreys flying above. At the Embera village you will be greeted with dancing and music. You will learn about Embera customs and their relationship with nature and experience their unique culture.

A traditional lunch will be included. This afternoon you will experience a once in a lifetime opportunity to experience history in the making by observing close-up the Panama Canal Expansion works on the new Gatun Locks.

Panama embarked on a major project to expand the Panama Canal a decade ago. The US$6.25 billion project, due to be completed in 2016 will give the waterway the needed competitive advantage to operate successfully for at least another century. The Panama Canal celebrated its 100th anniversary on August 15, 2014.

The return to Panama City will be on the Trans-Isthmian train. The railway follows a similar route as the original train built to transport 49ers coming from the East coast of the United States across the Isthmus to continue their journey by boat to California during the Gold Rush.

The route was diverted when Gatun Lake was formed to give way to the Panama Canal. After a 1-hour train ride you will be transferred to your city hotel early evening.

Panama Canal Rainforest Boat & Miraflores Locks
Early in the morning you will be picked up at your hotel by your naturalist guide for a 45-minute drive to the town of Gamboa, where the Chagres meets the Panama Canal.

Here you will board an expedition boat and depart on an adventure that will include a voyage across Gatun Lake in the Panama Canal passing by gigantic cargo ships transiting the waterway, making contrast with the natural surroundings.

Along the way, you will have the opportunity to spot green iguanas and three-toed sloths resting on tree branches, crocodiles, osprey in the hunt for peacock bass, snail kite and keel-billed toucan among other wildlife.

Enjoy the extraordinary views of the Panama Canal and the natural surroundings followed by a picnic lunch in a private garden in Gamboa town. From here you head to the Miraflores Locks Visitors Center, where you will visit multiple exhibits of the canal and have the opportunity to view the operations of the Panama Canal.

In the afternoon you will transfer to Albrook domestic airport for a flight to David, the capital of the Chiriqui province. Chiriqui is known as “Panama’s breadbasket” and contains some of the most breathtaking highland scenery in Central America.

Transfer to the eastern side of the dormant Baru Volcano to the quaint town of Boquete with its countryside dotted with flower, fruit and vegetable farms, coffee plantations and extraordinary cloud forest environments. Overnight at a Boquete hotel.

Cloud Forest Canopy Ziplining & Coffee Tour
Pick up from your hotel and set off on a a cloudforest canopy tree trek on a zipline, that allows you to contemplate the rainforest from 14 different canopy platforms while smoothly soaring in the heights from one treetop to another. You will glide through the trees and encounter a world unknown.

You will discover a fascinating perspective of wildlife that you had perhaps never appreciated. Native species of flora and fauna can be observed. You will marvel at the sight of a great variety of orchids, trees and wildflowers that are found throughout the area. Lunch will be served at a local restaurant.

This afternoon you have an interactive experience in the highlands of Boquete. Sr. Tito´s Finca La Milagrosa in the Jaramillo region is one of the most respected and 100% organic coffee producers in the country.

This small farm is not meant for large productions, and Mr. Tito's specialty coffee is only destined for exportation to Europe and the United States. Return to your hotel in the afternoon.

La Amistad is a bi-national park that stretches from Costa Rica into Panama, a small portion of which extends into the Chiriqui province encompassing mostly cloud forests. Here, the land rises in excess of 1,500m and warm air ascends the mountains where it meets with cooler air and condenses into a persistent cloud cover.

Cloud forests exhibit a unique ecosystem with an astonishing diversity of flora and fauna. Towering trees reach towards the sun to form a canopy that creates a cool, shadowed, misty underworld on the forest floor.

It is noisy with the sounds of numerous insects, birds, and frogs but it is difficult to see them because of the ferns, tree ferns and epiphytes that crowd the lower and middle strata of the forest.

During the 4-5 kilometer nature walk you will reach up to 1,700m (approx. 200m elevation gain) where you can take a refreshing swim under a waterfall. Water drips from spongy mosses that cover tree trunks, from bromeliads that attach themselves to every cranny on the trees, and from flower petals perched high in the canopy of the forest.

After lunch at a Boquete restaurant depart for the 3.5 hour drive to Almirante, Bocas del Toro. Enroute across the Continental Divide, you may stop at Fortuna Dam. You will be crossing the Palo Seco protected area that serves as buffer zone to La Amistad International Park.

The transition from the cloud forests to the coral reefs of Bocas del Toro in the Caribbean Sea is impressive. In Almirante you are met by your boat and transferred to Isla Colon. Overnight at Bocas Inn.

You reach Salt Creek by navigating through clusters of Red Mangroves, which provide sea creatures with a protective area during their reproductive and development stages.

Upon arrival you first enjoy a walk along Caiman trail. This trail takes you through several stages of lowland forest dynamics. Here, you will look for birds such as Red-throated Ant Tanager and Golden-collared Manakin (Cerritus sub sp.). Mammals such as Night Monkeys, White-faced Capuchins and Three-toed Sloths also live here.

An older tract of rainforest has tall trees that provide life to birds such as the Three-wattled Bellbird and Green-breasted Mango. A nearby lagoon is home to Spectacled Cayman and Slider Turtle. On the ground you will look for the tiny endemic poison dart frog Dendrobates pumilio.

After the hike, you enjoy a visit to the Ngobe Bugle indigenous community to have a chance to purchase handicrafts such as painted woodcarvings and handbags, followed by lunch. In the afternoon you will snorkel among mangroves and coral reefs, searching for numerous fish species, as well as dynamic and brightly colored sea fans, sponges and brittle starfish.

Boca Del Drago
Depart with a boat ride around Colon Island to Boca del Drago. Weather permitting, you visit Swan's Cay, a rock protruding from the depths of the Caribbean Sea, which serves as rookery for Red-billed tropic birds (the only place to be found in Panama) and Brown boobies.

After lunch at a local restaurant, you will enjoy the beach at Boca del Drago and search for colorful giant starfish. Along the coastline, returning to the lodge, we make stops at coral reefs and mangrove isles for snorkeling.

After lunch you will transfer to the airport for your flight to Panama City. Airport reception and transfer to your hotel.

You will be picked up at your hotel and transferred to Tocumen International Airport. 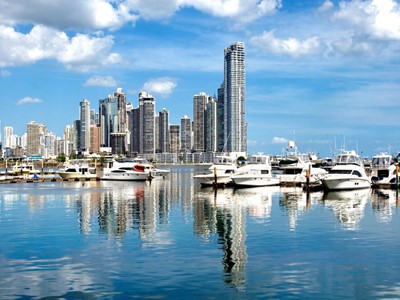 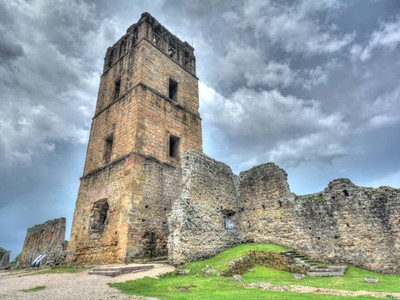 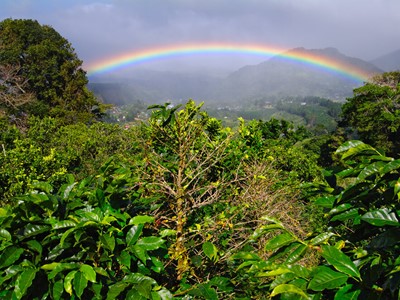 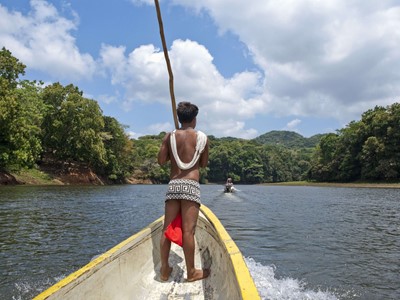 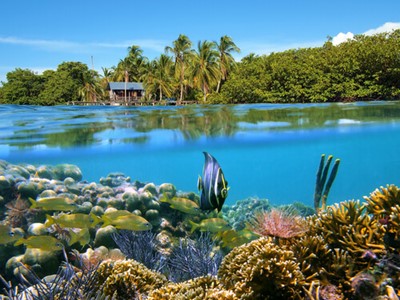 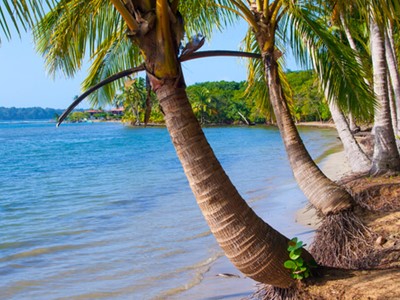 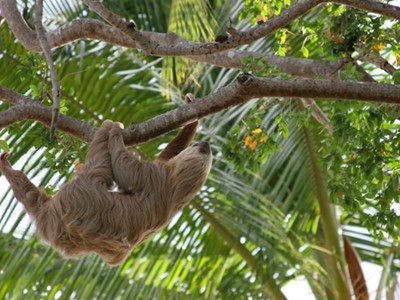 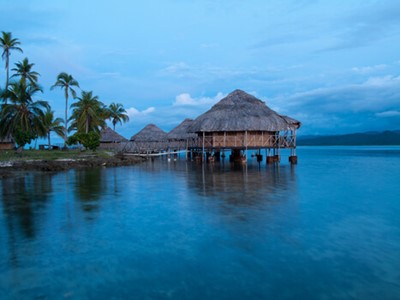 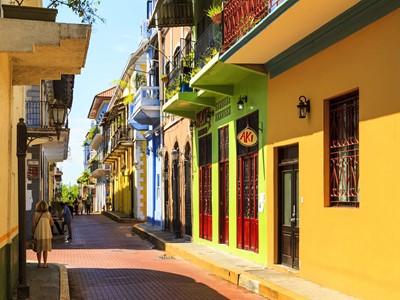 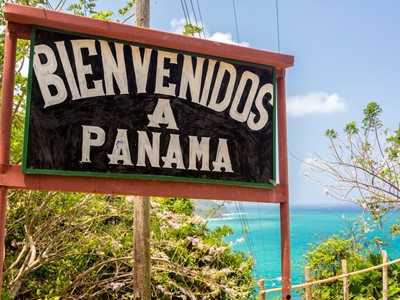 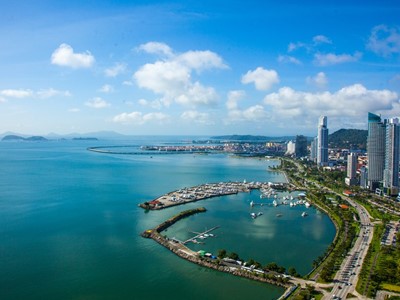 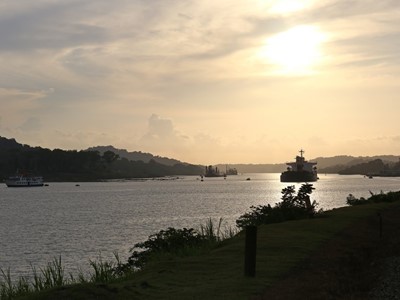 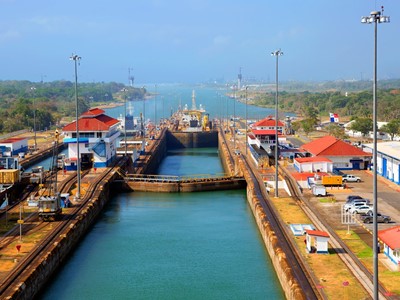 "His company has a great reputation with the local tour operators, making them anxious to please."

Andrew really listened to what I wanted, then got creative with my non-negotiables, making everything viable.