Explore Machu Picchu and the Amazon

Peru by Land and Water Tour

Experience Peru by land and river: the Inca capital of Cusco, the Sacred Valley and Machu Picchu, and inside the Amazon jungle for
14D/13N Starting at $4725 per person

On this 14-day journey you will visit Cusco, the Capital of the Inca Empire, the Sacred Valley and Machu Picchu, finishing your trip deep in the Amazon rainforest. Explore the markets and ruins of Cusco and the Sacred Valley, journey by train to the "Lost City of Machu Picchu". 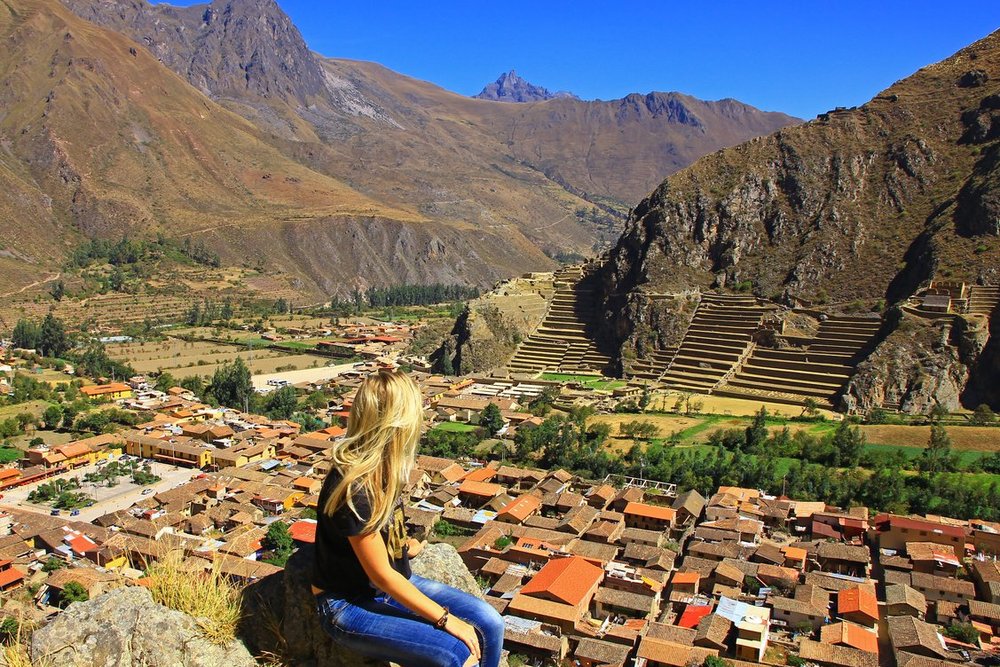 From Iquitos you will sail upriver on a luxury riverboat. You will sail along tributaries of the Amazon River to the Pacaya-Samiria National Reserve. Along the way you will spot pink river dolphins, learn about the local flora and fauna, take canoes up smaller tributaries, visit local communities, and fish for piranhas. 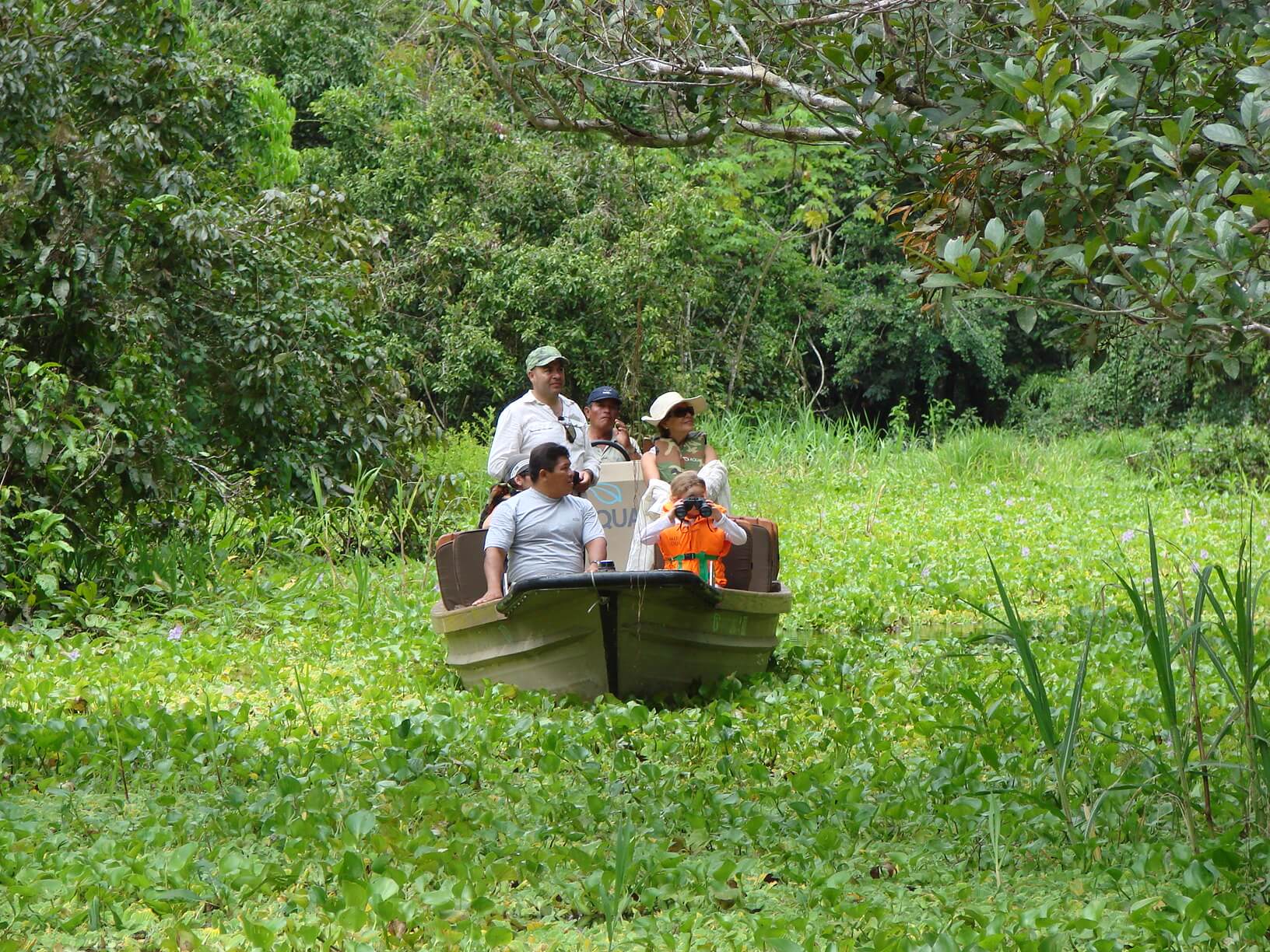 The best of both Peruvian worlds - Inca and Amazon.

Upon arrival in Lima, you’ll spend the night in the Wyndham Costa del Sol Airport Hotel, located just outside the terminal.

In the morning, a short flight takes you to Cuzco, where you’ll be picked up and shuttled to scenic Urubamba, in Peru’s Sacred Valley. This gorgeous landscape was the Inca heartland, and your hotel, the Hotel Sol y Luna, will let you acclimate to the region’s altitude in comfort and style.

After a hearty Peruvian breakfast, you’ll spend a full day at two royal ruins in the valley around Urubamba—both built by the emperor Pachacutec. The first, Pisac, is a vast residential and military complex, built amid sweeping agricultural terraces and overlooking a quaint market town selling alpaca sweaters and handicrafts.

The second, the fortress of Ollantaytambo, terrified the Spanish with its gargantuan parapets, and is set in the only surviving Inca village in the Andes. Afterward, you’ll be brought back to your hotel to rest.

However many selfies you’ve seen of that iconic sugarloaf backdrop, nothing can prepare you for the moment when you get to the top of the ridge and actually see Machu Picchu for yourself. With its sun temple, royal quarters, and purling fountains, this New World Wonder dazzles with its imperial stonework.

On this day, you’ll take a luxury train from Ollantaytambo, after which you can climb to the sun gate and cross an Inca bridge. You’ll overnight at El Mapi Hotel in Aguas Calientes, huddled beneath Machu Picchu Mountain.

Most visitors feel one day at Machu Picchu is too short. So the next morning, you can hike up to the Sun Gate or climb Huayna Picchu, the sacred mountain containing hidden Inca shrines. From there, it’s back by train to Cuzco, where you’ll rest in Aranwa Boutique Hotel, just steps from the main square.

Inca walls on every corner; three-tiered fortresses; Quechua women in colorful traditional garb: this is Cuzco, which the Incas considered the spiritual center of the universe. Even today, the city’s energy is unmistakable, as you wander through echoing churches and the most sacred Inca temple of them all, the Qorikancha.

You’ll also visit several Inca ruins just outside the city, including Sacsayhuaman, the citadel where the Incas nearly defeated the Spanish in battle—and which is carved from some of the most massive stones on the planet.

After a half day to wander Cuzco at your leisure, you’ll be transferred to the airport for your flight to Lima. There you’ll overnight at the San Augustin Exclusive Hotel, in the seaside district of Miraflores.

In the morning, a short flight takes you to Iquitos, the largest city on Earth inaccessible by road. There, prepare to be thrilled by the exotic sights of the jungle, including an iron house built by Gustave Eiffel, a floating market, a manatee rescue center, and more.

Next up: transfer to the Amatista, the air-conditioned wooden riverboat that takes you to heart of the Amazon. On board, you’ll be on the lookout for jungle birds, iguanas, and the magical pink dolphins that, legend says, use their charms to hypnotize unsuspecting women.

After breakfast, a boat excursion brings you to the meeting of the Marañon and Ucayali Rivers, which together give birth to the mighty Amazon. Macaws, three-toe sloths, and monkeys frolic on shore as you pass.

After lunch, you’ll stroll along the banks of the Ucayali to experience its exotic flora and fauna, such as the ten-foot Victoria Regia water lily, the giant otter, and the Amazonian manatee. In the afternoon, it’s back to the ship, for an evening of socializing with your fellow passengers and a dinner of gourmet jungle cuisine.

Pacaya Samiria Reserve is Peru's largest national park, and home to more than 200 avian and 10 primate species. Here, on an early-morning outing, you’ll encounter rare specimens such as cocoi, striated herons, macaws, squirrel monkeys, caimans, and sloths. Back on board for breakfast, you’ll enjoy a fascinating presentation on the history and culture of the Amazon's main tribes.

In the afternoon, you’ll have a rare opportunity to meet a key figure in the Amazon: a practicing shaman. Entering an out-of-body trance, this traditional religious healer enlists the denizens of the spirit world to cure the sick—and bring the deceased down to their final rest. When you talk to him, you’ll learn about both his spiritual craft and the rainforest plants that, for centuries, have been treasured for their curative properties.

The jungle is especially luminous in the early morning. To immerse yourself in its beauty, you’ll head out on a pre-breakfast excursion, to watch the river turtles, cormorants, and wattled jacana wake up and start their day. Later, you’ll stop in at the home of an indigenous family, to learn about their ancestral way of life while sharing a midday meal.

The afternoon is your free time to relax. After dinner, you’ll take a nighttime boat ride into the wild, where bats, capybaras, and poison frogs reveal another side of the Amazon. Your flashlight may catch the red gaze of a black caiman, or reveal the glowing yellow eyes of a jaguar!

Picnic breakfast in the jungle, piranha fishing, travel in a dugout canoe: such is the agenda for your last full day up into the Amazon, as you explore the Nahuapa River and its tributary, Choroyacu Creek. The impressively biodiverse ecosystem here is famous for its fish—among them, the fearsome piranha.

You can relax, though: these ferocious biters are more eaten than eaters, being a dietary staple for many of the rainforest’s indigenous tribes. Afterwards, you’ll have time to swim with the river dolphins before heading back to the riverboat for a leisurely afternoon—and final nighttime excursion.

On the return trip to Iquitos, you’ll stop at the Sapisapi River and the jungle port town of Nauta, near the meeting of the Ucayali and Marañon. Here you’ll have a chance to browse the local market before celebrating with a farewell dinner and party.

After breakfast on board your ship, you’ll disembark in Iquitos for your flight to Lima. Connect with your international departure. 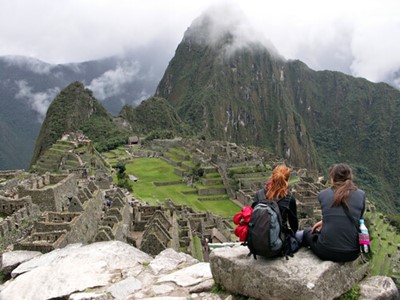 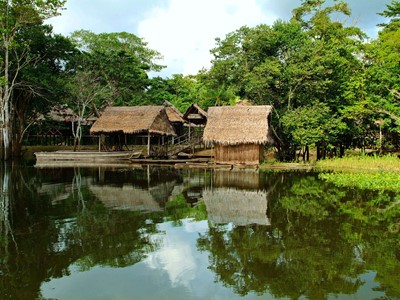 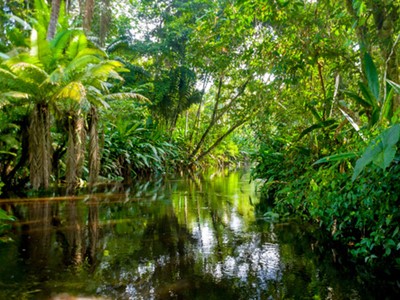 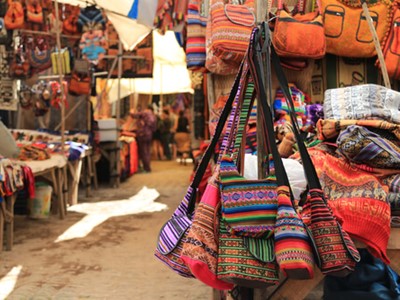 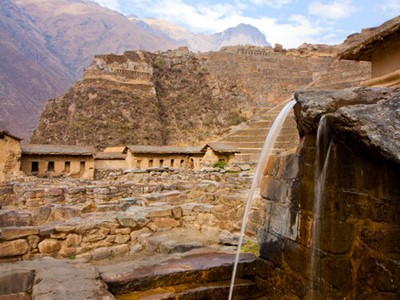 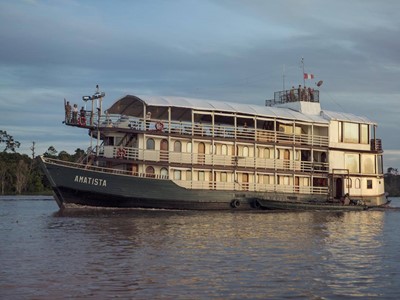 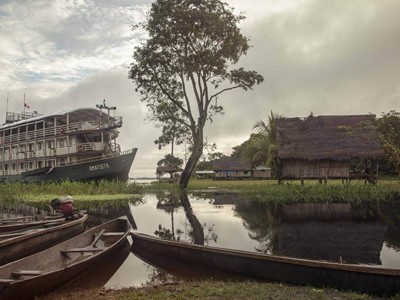 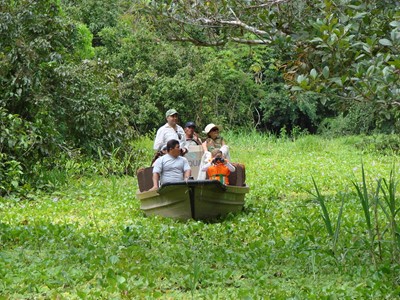 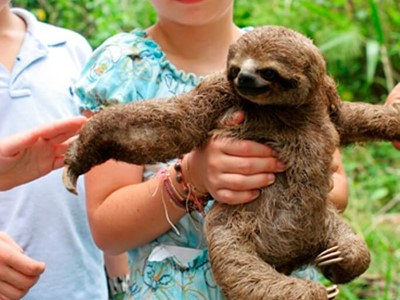 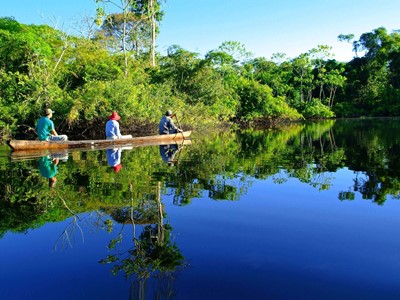 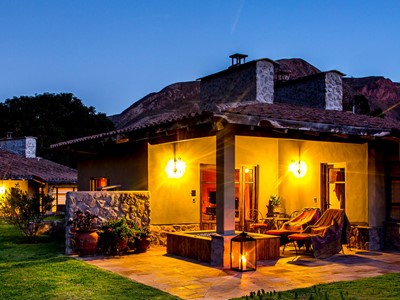 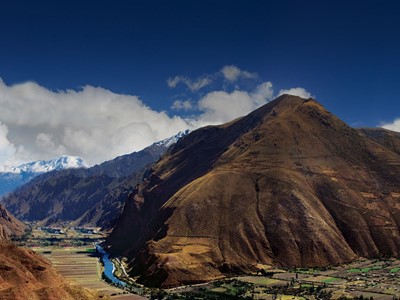 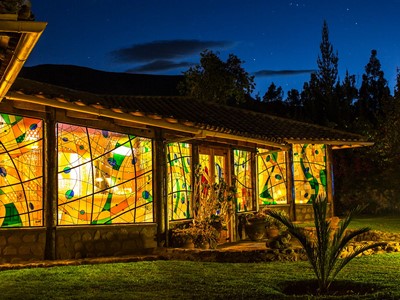 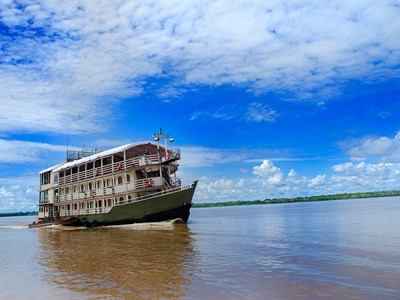 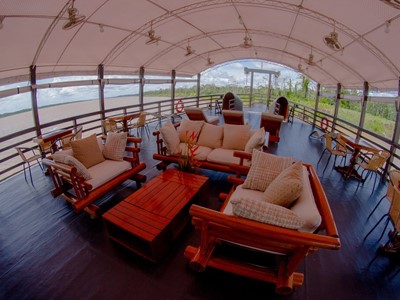 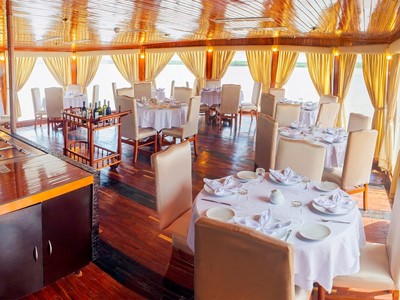 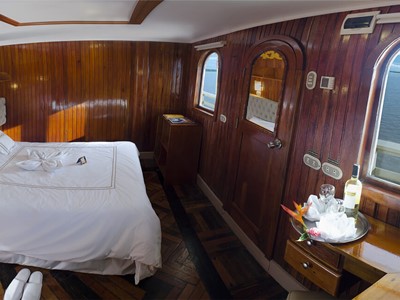 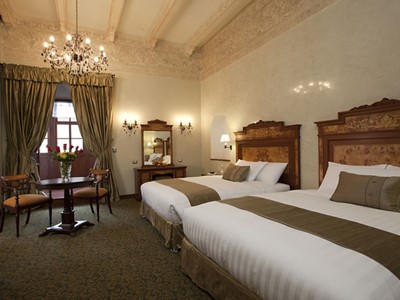 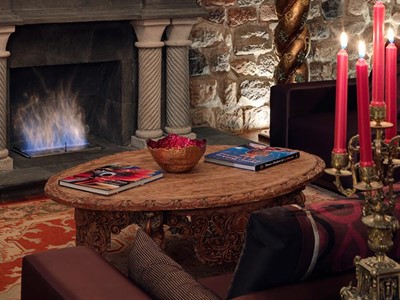 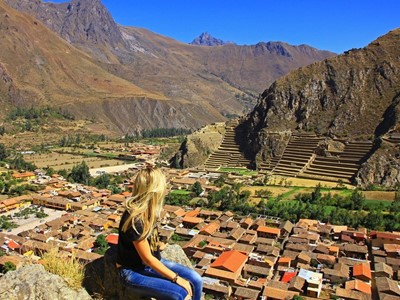 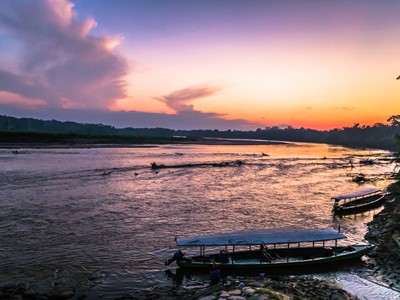 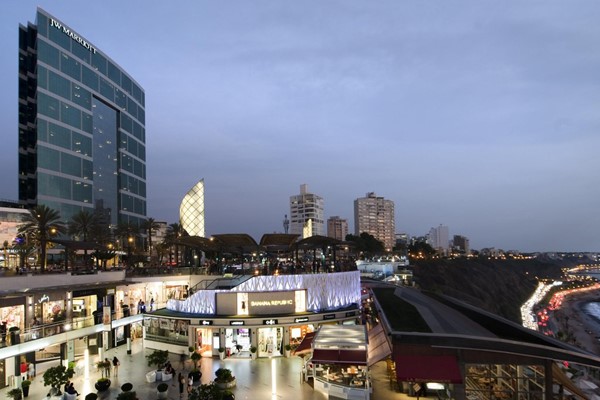 A modern 25-floor hotel located in Miraflores, overlooking the Pacific Ocean and convenient to restaurants and shopping.
Read more Add to Bucket List 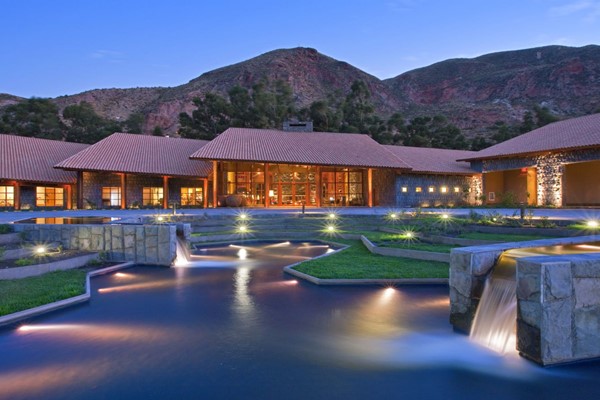 Located on the edge of the Urubamba River, Tambo Del Inka Resort & Spa Valle Sagrado is the only hotel in Urubamba with a private train station to Machu Picchu,
Read more Add to Bucket List 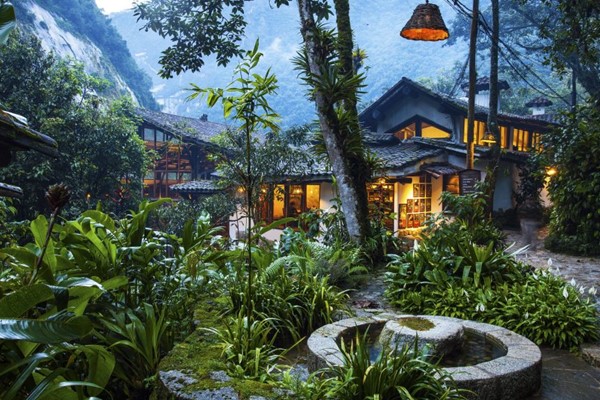 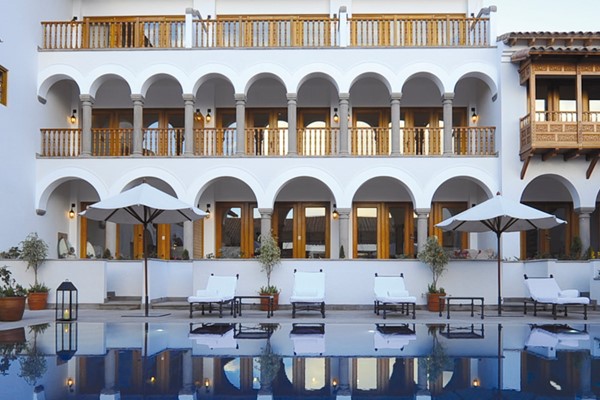 Set in a tranquil plaza behind Cusco's main square, this former palace and convent emerged from years of restoration to become one of the city's most exclusive hotels.
Read more Add to Bucket List

LWA has provided a fantastic 5 star service and executed everything throughout my trip with perfection.